10 tickets handed out during anti-lockdown protest in Steinbach 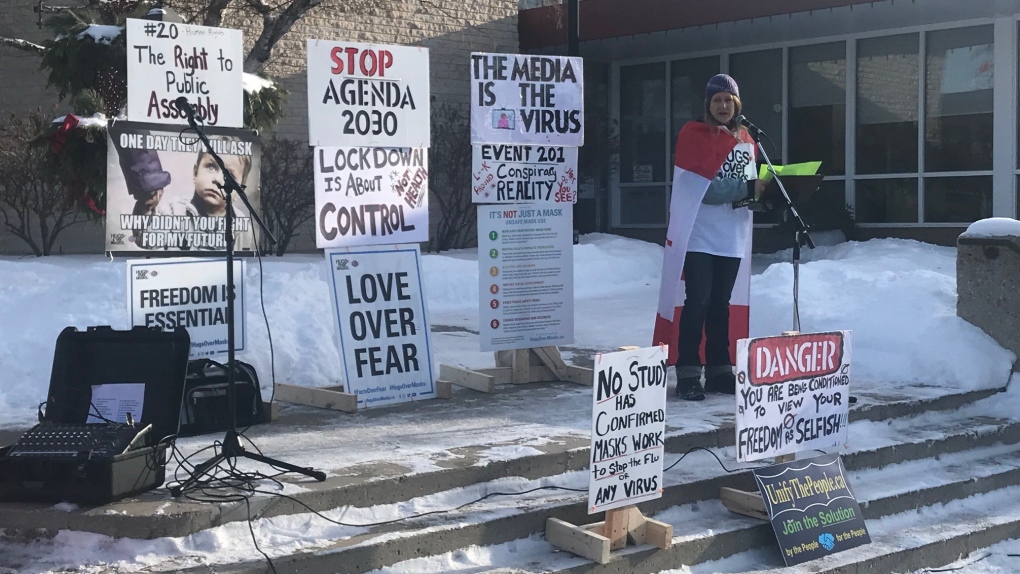 WINNIPEG -- Nearly a dozen tickets were handed out during Saturday’s anti-lockdown protest in Steinbach with more expected to come.

RCMP said the province issued 10 tickets Saturday while officers were present. The RCMP was not able to provide details on which charges were issued under the Public Health Act.

Dozens of people attended the ‘Hugs Over Masks’ rally in front of Steinbach City Hall after Mayor Earl Funk pleaded with organizers to reconsider holding the event. Protesters are opposed to the current public health orders.

A similar anti-restriction rally was held in November. Around that time, Steinbach was a COVID-19 hotspot with a 40 per cent test positivity rate. Cases have significantly decreased in the weeks following with only 12 active cases, according to the latest data from the province. More than 1,000 people in Steinbach have recovered.

During Saturday’s protest, RCMP closed the area for safety reasons.

“We were not sure what the numbers in attendance would be as the last event is believed to have drawn between 400-500 people,” said Sgt. Paul Manaigre in an email to CTV News.

Manaigre said the closure allowed officers to keep control of the area and keep citizens away from the moving traffic nearby.

-With files from CTV’s Charles Lefebvre and Simon Stones