WINNIPEG -- At one time, the 113-year-old house at 604 Stradbrook Ave. was the home of a Manitoba Premier. Now it’s slated for demolition.

Jonathan Watts currently lives there, and last October he got some surprising news.

“I just opened my mailbox one day, and inside was a letter,” said Watts. “It said that I had to get out in six months because they were going to demolish the house.”

The news caught Watts off guard. He thought the house had a historical significance because of who used to live there.

“I knew pretty much when I moved in that it belonged to the former Premier John Bracken,” said Watts.

John Bracken was the 11th Premier of Manitoba, and the longest serving Premier in the province’s history. A section of Highway 10 was named the John Bracken Highway in his honor. 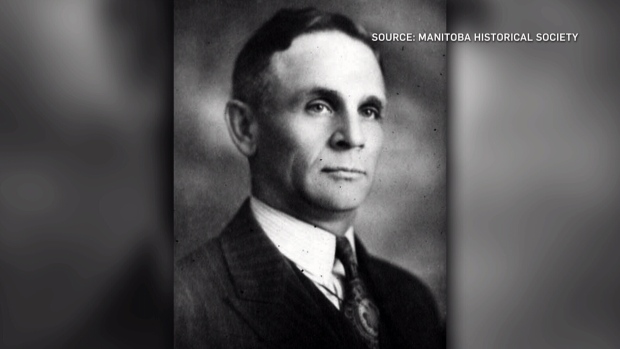 Watts said there was a plaque on the side of the house explaining that Bracken used to live there, but it was removed days before he received the demolition letter.

Cindy Tugwell, executive director of Heritage Winnipeg said the city has a commemorative list of historical properties, and she was surprised to learn that 604 Stradbrook Ave. wasn’t on it.

"This opens up another question as to what do you do when these homes are not on any protective list?” said Tugwell. “Is this going to continue to eat away at Osborne Village?”

In addition to 604 Stradbrook Ave., the two neighbouring properties are also slated for demolition. If approved, the developer plans to build a four storey, 32-unit multi-family dwelling.

Tugwell said Heritage Winnipeg isn’t against development, but it doesn’t believe structurally sound buildings should be torn down if they have historical significance.

In a statement to CTV Winnipeg, Councillor John Orlikow, chair of the Historical Buildings and Resources Committee said:

"City of Winnipeg by-law list commercial buildings to be considered for Heritage Designation while single private homes require that the homeowner apply to have their home designated." 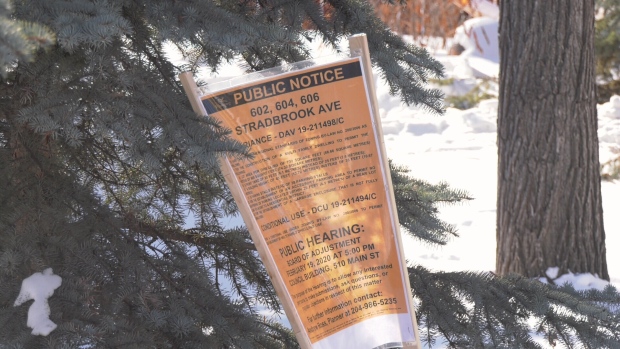 Watts would like to see the house stay put.

“It’s just very wasteful, and it’s a nice house, I think we should keep it,” said Watts.

“We should not throw away nice things for no reason.”

On Wednesday night, in a two-to-one vote, the city's Board of Adjustment approved both a conditional use application and variance application for the house on Stradbrook, as well as the neighbouring lots. Residents can still appeal the decision.