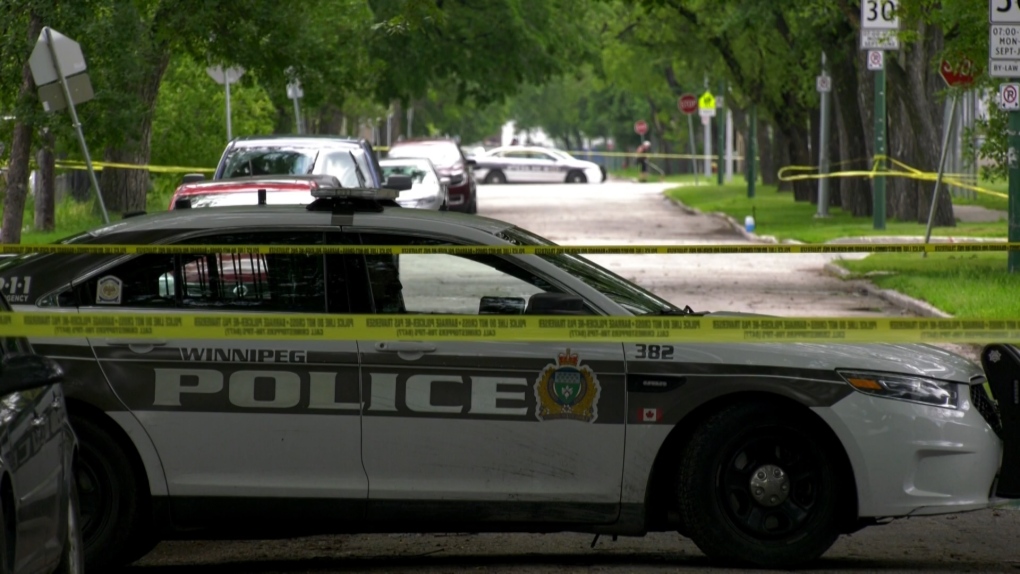 Winnipeg police continue to investigate a homicide that occurred in the 400 block of Flora Avenue on July 1.

WINNIPEG -- Winnipeg police have charged a 14-year-old male with first-degree murder in connection with a homicide on Canada Day that left a 27-year-old woman dead.

The male, who cannot be named under the Youth Criminal Justice Act, is also facing charges in connection with three other shootings on July 1 and 2, including one that was previously unreported.

Police believe all of the incidents are random, and the victims did not know the shooter.

“I think it’s going to be terrifying and concerning for a lot of Winnipeg,” said Constable Jay Murray with the Winnipeg Police Service, noting the violence in a short amount of time and the suspect’s age.

“I think it’s shocking for our community.”

Danielle Dawn Cote, 27, died after being shot while walking in the 400 block of Flora Avenue on July 1. Cote was walking with an 18-year-old man when the shooting occurred. The man remains in hospital in stable condition.

Cote’s homicide was the 20th in Winnipeg this year.

Police were also investigating three other shootings that occurred between July 1 and 2.

One shooting on July 1 saw a 44-year-old man found on Balmoral Street near Cumberland Avenue. The man was hit by a vehicle, but it was later determined he had been shot beforehand. The man remains hospitalized in critical, but stable condition.

Officers also responded to a shooting near the Forks on July 2, where two men were assaulted with weapons. One man was found suffering from a gunshot wound, while the other man was stabbed. The man who was shot remains in hospital in stable condition.

The stabbing is being investigated separately, Murray said.

During the news conference, police revealed a fourth, unreported shooting is being investigated between the two incidents on July 1. The shooting occurred in the 100 block of Isabel Street between 2:30 and 3:15 a.m. Police said an unidentified female, in the company of an unidentified male, is believed to have been shot at and subsequently left the area on foot.

Murray said that investigation is ongoing.

“We haven’t yet identified any of the two people that we believe were involved in that unreported shooting,” he said. “We believe the female was the target in the shooting. We don’t know if she was struck or not.”

Police arrested a suspect on Thursday in North Kildonan, and police added they recovered a firearm. Officers believe the firearm was used in all of the shootings.

“There’s a possibility that there are other incidents we don’t know about, there is a possibility other charges could be coming to this person or others, so we have to be very careful with what we provide right now,” he said.

The youth was detained in custody. The charges have not been proven in court.

Murray said the youth did not have a record with the Winnipeg Police Service.