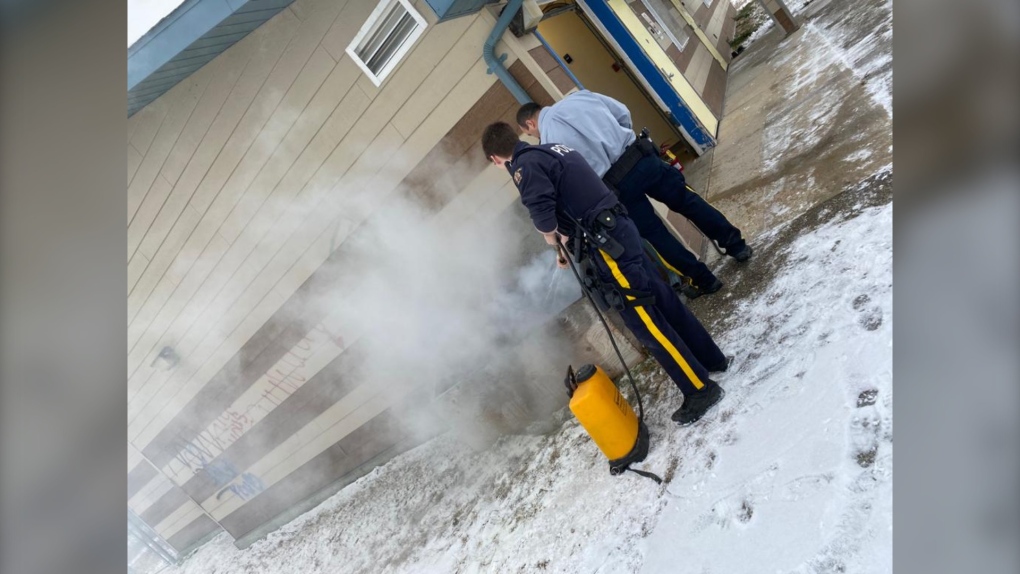 RCMP in Chemawawin Cree Nation respond to a fire in a garbage can outside of the detachment. (Source: Manitoba RCMP)
WINNIPEG -

A 17-year-old girl has been charged with mischief and arson after two separate incidents in Chemawawin Cree Nation, one of which involved a fire outside the RCMP detachment.

On Nov. 12 at approximately 5:50 p.m., RCMP said an officer was approached by a teenager who admitted to throwing a rock through a window of an RCMP residence in the community. RCMP said all homes were checked, and one of the homes had a broken window. The teen was arrested on a mischief charge and was later released from custody. 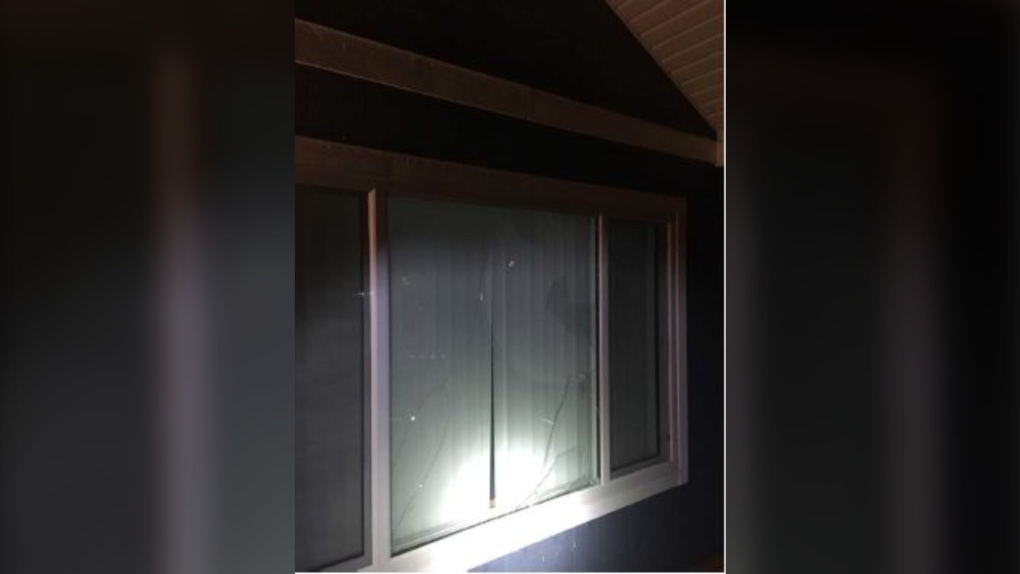 A broke window at the home of a RCMP officer in Chemawawin Cree Nation. (Image source: Manitoba RCMP)Two days later, at approximately 2:40 p.m., a resident of the community informed RCMP that the garbage can outside of the detachment was on fire. The fire was quickly extinguished. Seven people were inside the detachment at the time of the fire, RCMP said.

According to RCMP, surveillance footage showed the same teenager from the mischief incident setting the fire.

The 17-year-old, who cannot be named due to the Youth Criminal Justice Act, has been charged with arson with disregard for human life, arson causing property damage, possession of incendiary material and failure to comply. She was taken into custody.

Charges in both incidents have not been tested in court.