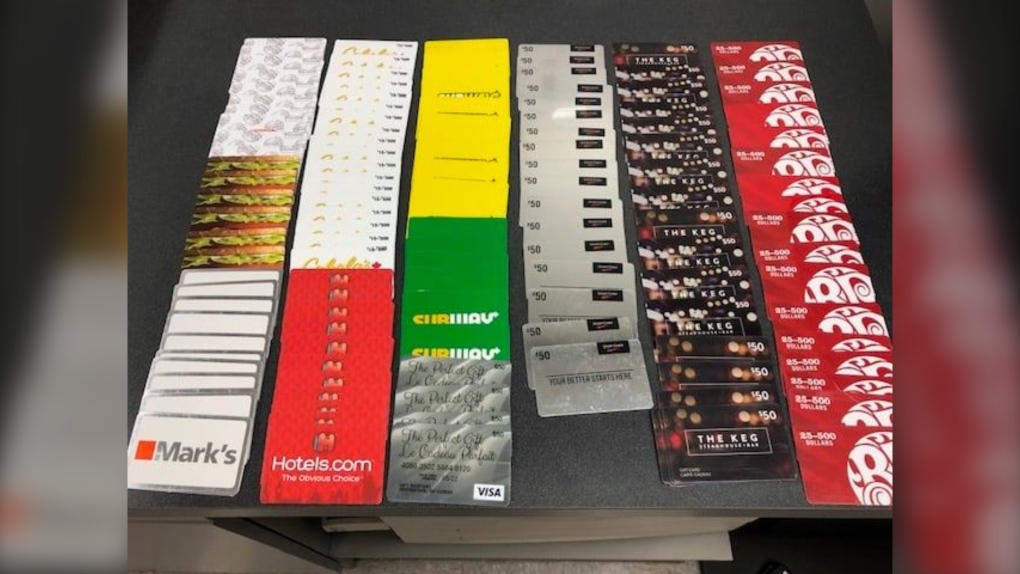 Gift cards worth a total of more than $60,000 were taken from a Morden business. (Source: Facebook/Morden Police Service)

WINNIPEG -- A 19-year-old former employee of a business in Morden, Man., has been charged after more than $60,000 worth of gift cards were taken from the company, according to the Morden Police Service.

Officers received a report from the business on Oct. 18, alleging a worker had been stealing gift cards and adding credit.

Police said the employee was caught by staff members and fired from the job.

Police investigated, with the help of the local business, and found more stolen gift cards. Officers say the suspect had been doing this for several months and the total value of the credit exceeded $60,000.

The 19-year-old from the Rural Municipality of Stanley has been charged with fraudulently obtaining credit. He is scheduled to appear in court in December.