200-tonne transformer on the move through rural Manitoba 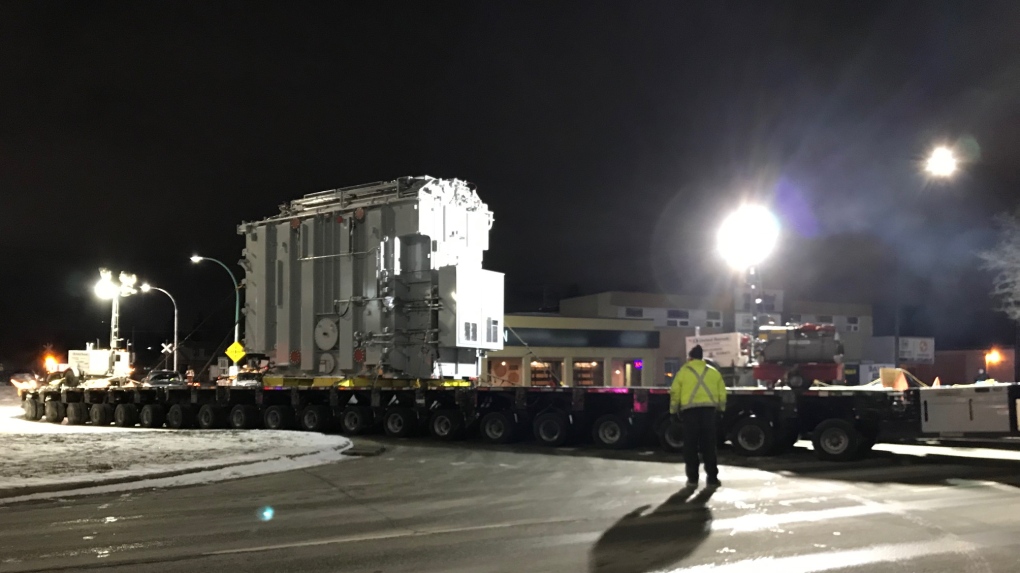 The journey of the nearly 200-tonne transformer got underway Thursday night.

WINNIPEG -- WINNIPEG - A transformer weighing nearly 200 tonnes is being moved through rural Manitoba on a gigantic remote-controlled, self-propelled trailer, according to Manitoba Hydro.

The massive transformer will embark on the 132-kilometre journey on Thursday evening around 8 p.m., moving from Winnipeg to Manitoba Hydro’s Riel Converter Station east of the city. The trip is estimated to take three days.

Here is the route the transformer will be taking.

The converter is a part of the Manitoba-Minnesota Transmission Project – a transmission line between Manitoba and the United States. Two other transformers will be moved in the future, weather permitting, Hydro said.

The trailer carrying the transformer is what Hydro calls a “gigantic, self-propelled trailer.” It has 320 tires, stretches 34 metres long, and extends over two lanes of traffic. Hydro said it does not need a truck to pull it. Instead it is controlled with a remote.

The trailer will be escorted on the trip by police and Manitoba Hydro staff. The reason the trip will take so long? The trailer has a maximum speed of 8 km/h, but it travels at an average speed of 5 km/h.

“All other means of transportation have been thoroughly investigated and the over‐the‐road solution is the only feasible option available to safely move the transformers to the Riel station,” Hydro said in a news release. “Motorists are urged to reduce speed and drive carefully along the route as the transformer is being moved.”