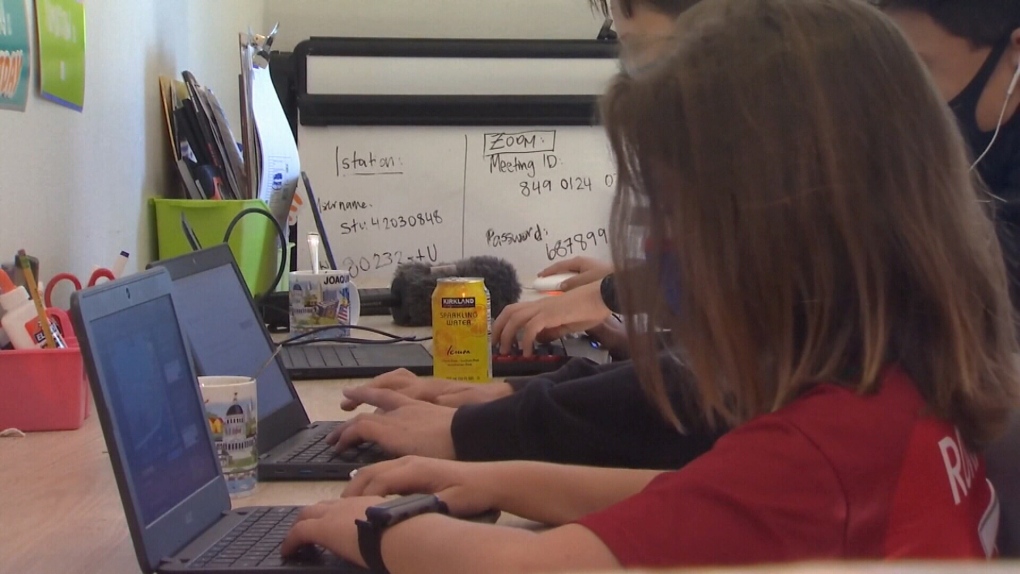 WINNIPEG -- Two more school divisions will be making the switch to remote learning, bringing the total number of schools in the province learning from home to 373, according to the province.

All 27 schools in the Garden Valley and Red River Valley school districts will make the switch starting Tuesday, May 18, with students remaining at home until at least May 30.

These schools join those in Winnipeg and Brandon who made the move to remote learning earlier this week, along with eight additional schools in the province.

“We’re optimistic as we can get more vaccines into arms and people remain vigilant over the next few weeks that we can get students back before the end of the school year,” said Education Minister Cliff Cullen in a news conference Saturday.

Dr. Jazz Atwal, the deputy chief provincial public health officer, said the province still has two weeks to determine if it will be safe for students to return to the classroom in areas where remote learning was mandated.

The timing of Saturday’s announcement was questioned, as was last weekend’s remote learning announcement for students in Winnipeg and Brandon, made on Mother’s Day. Dr. Atwal said decisions are made in conjunction with ever-changing data on things like infection rates, locations, and case investigations.

“These aren’t knee jerk reactions. We just don’t look at one number or one case in a school and say there’s risk in a community. We understand the impacts of this,” said Atwal.

Cullen said ongoing dialogue has been happening between Public Health and the various school divisions, including both Garden Valley and the Red River Valley school divisions. He said everyone has a role to play in reducing the spread of the virus, including parents keeping their children home for 10 days if they exhibit any symptoms and get them tested.

Dr. Atwal said, from a public health perspective, if someone is sick they should get tested, and that person’s household should stay in isolation until the tests results come back. If the test result is negative and the symptoms have gone away that student can return to school. If no test is taken, the student needs to stay at home for ten days, with the household staying in isolation.

“All of these things help in terms of the operation of schools. We know some of the schools have challenges with staffing,” said Cullen. “I think this is a reminder to other areas of the province that these changes can be made, and can be made quite quickly and it’s all about public health.”

At this point the province doesn’t have any immediate plans to close any other schools in the province, according to Atwal, noting the importance of keeping kids in class in terms of education, child development, and having a safe place to go with check-ins from others. He also said not all schools or communities are experiencing high levels of COVID-19 infections or virus transmission.