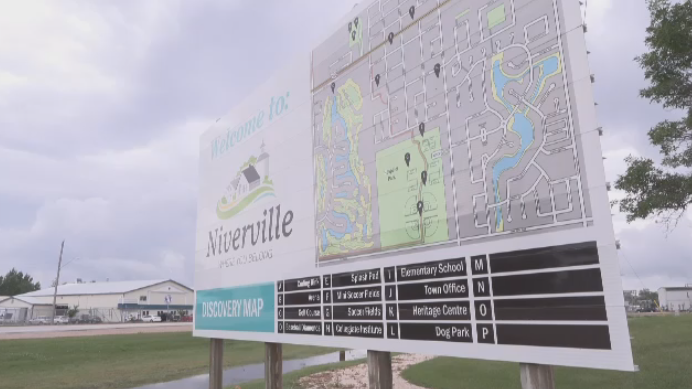 A new wastewater treatment is in the works for rural Manitoba that will service four communities in the southeastern part of the province.

The federal and provincial governments made the announcement Thursday saying $39 million in funding is going toward the construction of a regional facility that will provide service for Niverville, Taché, Hanover and Ritchot.

The facility will be known as the Red-Seine-Rat (RSR) wastewater facility and conveyance system.

“Manitoba is home to some of the largest freshwater bodies in the world, and today, we are acting on our collective responsibility to safeguard their health,” said Terry Duguid, the Member of Parliament for Winnipeg South, in a news release. “By investing in this novel wastewater treatment infrastructure, we are creating better environmental, economic and social outcomes for all Manitobans. This project is another example of what can be accomplished when all levels of government work together.”

The federal government is contributing $21.6 million toward the project through the Green Infrastructure Stream, while the Manitoba government is investing over $18 million.

The two governments said once the RSR is completed, it will treat and manage wastewater and stormwater, encourage economic growth and improve environmental stewardship.

Stan Toews, the Reeve for the R.M. of Hanover, said all four communities are committed to working together for this project.

“Working regionally on large projects like the RSR wastewater treatment facility ensures these investments are fiscally responsible for our ratepayers today and seed resilience in our communities tomorrow,” said Toews in a news release.

The RSR will include 90 kilometres of pipeline, new lift stations and pump stations.

The governments did not immediately share when or where the project will be built.

'We shouldn't have to push people': Most provinces have not made Sept. 30 a stat

23 people taken to hospital after workplace exposure to hydrochloric acid in St. Catharines

A total of 23 people have been taken to hospital in St. Catharines following a hazardous workplace incident on Tuesday.

Can I book my COVID-19 bivalent booster that targets Omicron? Where each province, territory stands

Canadian employers are anticipating the highest salary increase in two decades as they try to balance inflationary pressures, surging interest rates, recession risks and a tight labour market, a new survey has found.