4 men charged with numerous break and enters across southwestern Manitoba 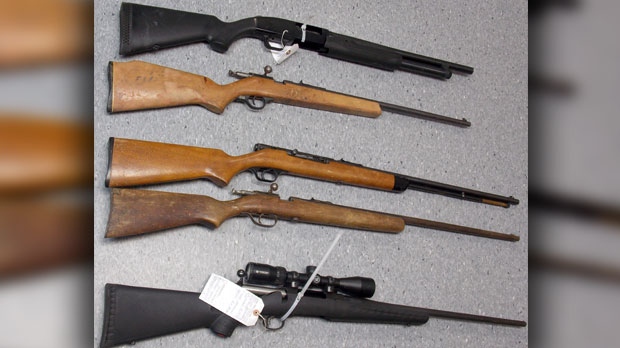 Investigators were able to link thefts by the same group to numerous others across southwestern Manitoba. (Source: RCMP)

Brandon RCMP have charged four men, and issued an arrest warrant for another, for a string of break and enters on rural properties.

Police said the suspects were arrested for thefts of several trucks, snowmobiles, ATVs, firearms and a variety of tools in the Brandon area.

Investigators were able to link thefts by the same group to numerous others across southwestern Manitoba.

“As things unfolded we started getting more evidence, which lead us to this group,” Corporal Mike Boychuk said. “During the investigation it revealed they were doing break and enters for years.”

Curtis Sutherland, 23, Nicholas McKay, 23, Quinn Starr, 23, and Preston Whitford, 22, have all been charged with theft and firearm offences.

RCMP said they have issued an arrest warrant for Richard Cole Ross, 23, of Brandon in relation to the robberies.

“This is a big thing for the RCMP in the area,” Boychuk said. “Break and enters are not easy to solve, as there’s not a lot of evidence, not a lot of witnesses in rural areas.”