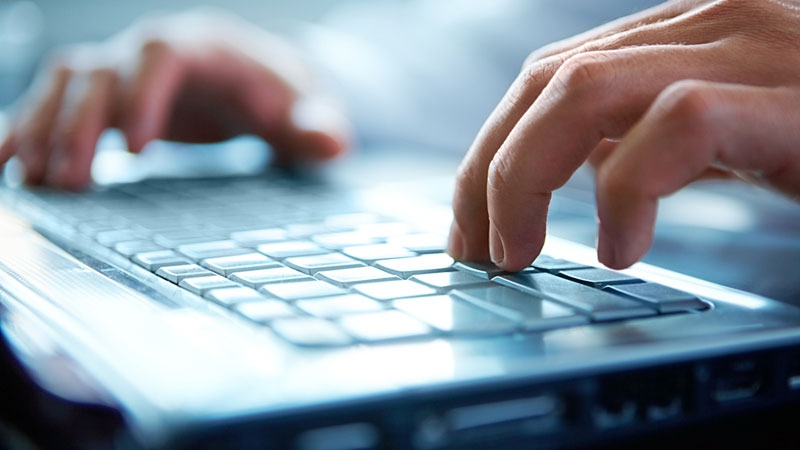 A person is seen typing on a computer in this undated file photo.

WINNIPEG -- The Government of Canada has withdrawn $55 million in funding that was allocated to help create an Indigenous-owned and operated high-speed fibre optic network in Manitoba’s north.

According to a Sept. 18 news release from Clear Sky Connections, an Indigenous-owned telecommunications network, it thought the funding may be pulled, so it met with federal departments to continue to advance the project.

“Why is it not yet clear to each level of government that you cannot proceed into First Nations territory without our consent?” said Chief of Fisher River Cree Nation David Crate in a news release.

“We continuously stress that we want to partner with entities that understand that First Nations ownership of the network is imperative.”

Since 2009, Clear Sky Connections has had a plan for the project, which had the endorsement of the Assembly of Manitoba Chiefs and the support of the 40 member nations in Manitoba.

The telecommunications company noted that without connection to high-speed internet, those living in the north are at a disadvantage.

It added that web-based services are making high-speed Internet a necessity due to access to government information, education, healthcare, and small business development.

“Given everything that has happened this year – from those working remotely, to school closures and homeschooling, to all who have had to go into isolation – this decision could not have come at a worse time,” said Grand Chief of the Southern Chiefs’ Organization Jerry Daniels in the news release.

“In a world more connected than ever, our communities are left behind through a lack of meaningful consultation.”

Clear Sky Connection’s plan involves a phased-in build to the Government of Canada, which would cost $152 million to connect the First Nations communities.

“You only have to ask any Manitoban who lives outside the Perimeter how important it is for us to have better cell coverage and better broadband internet connections to understand why this is so important,” said NDP Leader Wab Kinew at a news conference on Thursday.

“We actually own, through Manitoba Hydro, the technology and the assets necessary to provide fast, high-speed Internet to everybody in the province.”

In an email to CTV News the press secretary for the federal Minister of Rural Economic Development said high-speed internet is a necessity, not a luxury.

"That’s why we introduced the Connect to Innovate program in 2017, which will improve internet access for 400,000 households across the country, including over 140 Indigenous communities. The program selected the best, most impactful projects, and officials have worked closely with recipients to advance these important investments in a timely way," she said.

However, she said despite the efforts of everyone, the Wekitowak project has not progressed in an effective manner and will no longer receive funding from the feds.

"We will continue to work with partners, including Indigenous communities, to ensure that Manitoba communities are able to benefit from investment in high-speed Internet, including through the upcoming Universal Broadband."