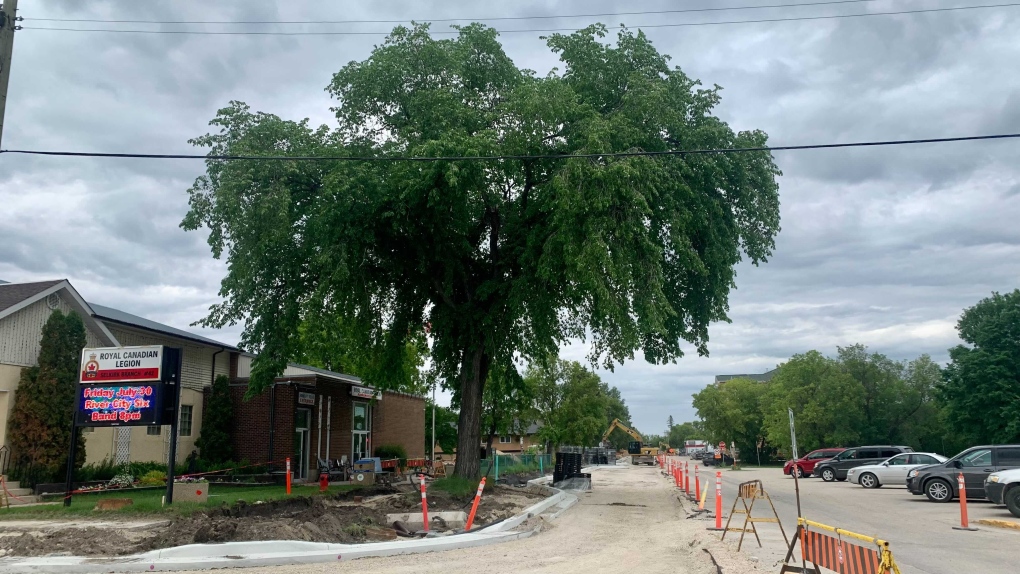 An 80-year-old elm tree in Selkirk has been saved from construction damage with some creative city planning.

The tree, located in front of the Royal Canadian Legion at 403 Eveline Street, has an extensive root system that had grown under the existing street pavement. When it came time to repave the road, special care had to be taken in order to keep the tree alive.

“It’s a huge tree, one of the city’s oldest and nicest,” said Selkirk’s newly hired Naturalization Coordinator, Mihali Schindle. “Obviously we wanted to preserve it.

“We decided we would protect the root zone on the road side by creating a garden bed that would go out on the curb side about three metres and that would allow for additional soil to be put back down on the root zone instead of paving over this area.”

The result will be a small green area around the tree.

Selkirk’s Director of Operations Dan McDermid said it’s a measure that would not have happened ten years ago.

“We’ve changed the way we do things … and we’re committed to protecting and enhancing our urban forest,” McDermid said.

The city has developed a long-term care plan for the tree that includes watering, fertilizing and maintenance, as well as monitoring it for Dutch elm disease.