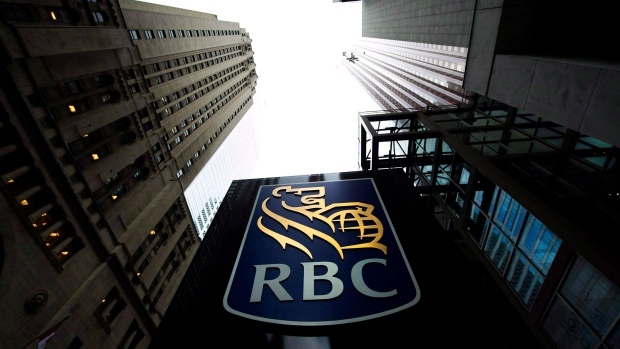 A Royal Bank of Canada sign is pictured in downtown Toronto on Dec. 2, 2011. (Nathan Denette / THE CANADIAN PRESS)

WINNIPEG -- A former investment advisor of RBC Dominion Securities has launched an $800 million class-action lawsuit against her former employer, alleging it has been failing or refusing to pay investment advisors vacation and holiday pay.

Leigh Cunningham had worked as an investment advisor for RBC Dominion Securities for 26 years at its Winnipeg office. She said after leaving the company in 2017, she was going over pay stubs and realized something wasn't adding up.

Cunningham is the lead and currently sole plaintiff of a class-action lawsuit against RBC Dominion Securities alleging the company failed to pay class member's vacation and holiday pay based on their total wages, including commissions.

"I don't understand how this could have happened," Cunningham said during a news conference in Winnipeg on Thursday.

"When I started to investigate this, it was like I stepped on a rake – I really felt betrayed."

The class-action statement of claim – which was filed in Ontario’s Superior Court of Justice in July 2020 – alleges that RBC Dominion Securities never recorded or told class members what percentage of their wages were on account of vacation and holiday pay.

It alleges RBC Dominion Securities misrepresented that vacation and holiday pay was properly included and accounted for in the calculation of their commissions.

"If it was included in my compensation, then can you please prove it?" Cunningham said.

The statement of claim said Employment Standards Legislation requires employers to pay vacation and holiday pay on an employee's total wages including commissions, in addition to their regular wages.

Cunningham said in Manitoba, employees are entitled to at least two weeks of vacation and vacation pay of four per cent of their gross wages after one year of employment. After five years, it rises to three weeks, and the pay increases to six per cent of gross wages.

A spokesperson from RBC Dominion Securities told CTV News it has not filed a statement of defence as the class action has not been certified.

"RBC takes pride in ensuring that everyone who works at any RBC company is fairly compensated," the spokesperson told CTV News in an email. "The policies that apply to the employees involved in the action state that their compensation includes vacation pay and statutory holiday pay."

The RBC Dominion Securities spokesperson said they cannot comment further while the matters are before the court.