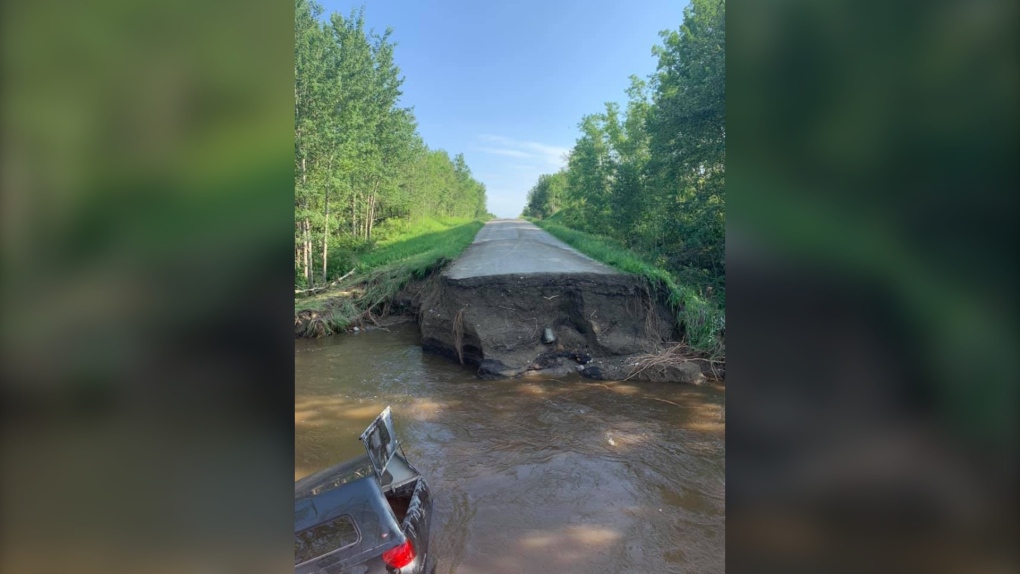 WINNIPEG -- Eighty-four residents from Minnedosa, Man. evacuated their homes due to flooding on Tuesday night.

According to the town's fire chief, all of the residents have checked into the evacuation centre and have been relocated to safer places.

"We are working on cleaning up and letting people back into the affected areas," said Dean Jordan. "People are returning home and assessing the damage."

With no one in immediate danger now, crews are starting on the cleanup.

"Significant road wash in multiple areas throughout downtown, and there's still standing water," said Jordan. "The major water that was coming into town has since kind of receded, and it's in its banks."

The fire department did have notice about the flood, as provincial officials warned them that 50-100 millimetres of rain could fall in the afternoon.

In preparation, the fire department built dams in front of vulnerable places like care homes.

According to Environment Canada, Minnedosa received 48.1 millimetres of rain on Tuesday.

The province has issued a high water and flood advisory for parts of southwest and western Manitoba.