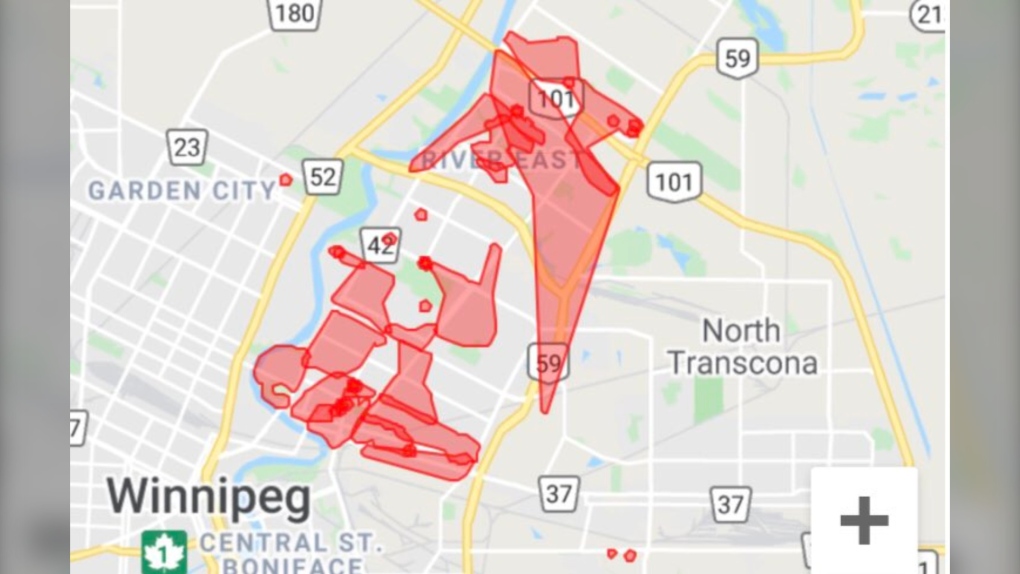 A map of areas that were affected by a power outage in Winnipeg Thursday night. (Source: Manitoba Hydro/Twitter)

WINNIPEG -- Manitoba Hydro said power is being restored to thousands of customers after a power outage in the Elmwood area Thursday evening.

Hydro tweeted that it was investigating the cause of the situation just after 6:40 p.m.

We’re looking into this #mboutage but there’s no estimated time of restoration yet. Over 9,000 customers are affected. We appreciate your patience and we’re working as safely and quickly as possible. pic.twitter.com/MJWWZ04PcQ

Bruce Owen, the media relations officer with Manitoba Hydro, said the cause of the outage was due to pole fires on the east side of the city.

He said about 9,000 customers were impacted by the outage, but that crews are restoring power to all affected customers.