'A cool way to give back to the fans': Large collection of Dale Hawerchuk memorabilia up for auction; all donated by family

Dale Hawerchuk fans, as well as hockey fans in general, have the chance to grab a piece of hockey history as a large collection of Ducky's memorabilia is up for auction.

Classic Auctions in Delson, Que., has a collection of 43 items that people can bid on.

"It's a fabulous collection," said Marc Juteau, the president and founder of Classic Auctions.

Juteau said every item came from the Hawerchuk family.

"It is just an amazing honour to represent a guy like Dale Hawerchuk and his family who had such an impact on the game of hockey," he said.

The collection features everything from trophies and awards that Hawerchuk received, to signed game-worn jerseys, including Hawerchuk's 1987 Canada Cup jersey that he wore when on a line with Wayne Gretzky and Mario Lemieux. 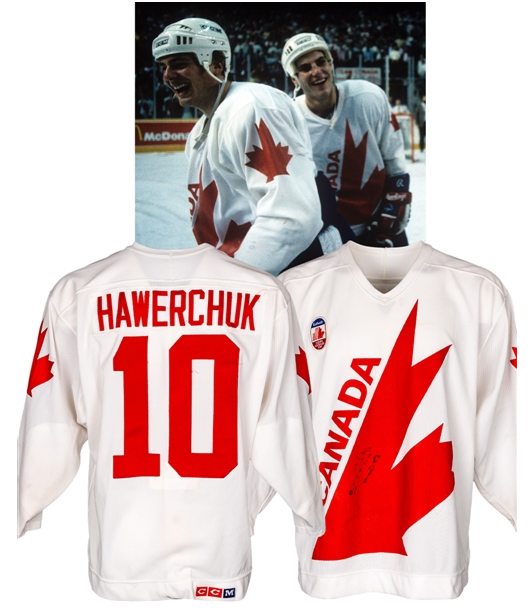 Hawerchuk's son Eric said his family discussed the possibility of donating some of his items before Hawerchuk passed away in 2020.

"He just had just so much stuff sitting around, just sitting in a bin in a closet. Seeing all the love and support from his fans, it was hard to justify all that stuff just sitting there," said Eric.

He said the items that were donated are just a fraction of what they have from Hawerchuk, and while they still have many pieces, including those that are very important to their family, the family felt many of these items would be more appreciated by his fans.

"They're such cool items, it's a shame to not use them properly. I think this is a really good opportunity for any kind of collector or fan to have something that was his," said Eric. 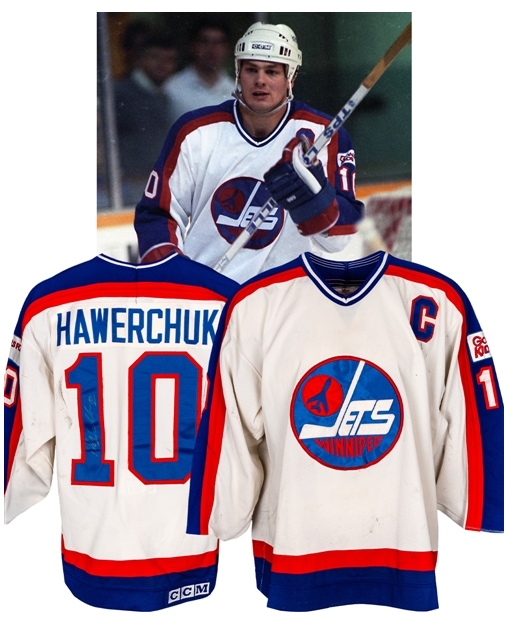 "We just felt it was a cool way to give back to the fans and let everyone have a little piece of him."

He added that going through all the items brought back some fond memories, and he hopes the people who win the items cherish them and show them off for others to see.

Also part of the collection are three non-fungible tokens (NFTs), each of which honours a point in Hawerchuk's career. 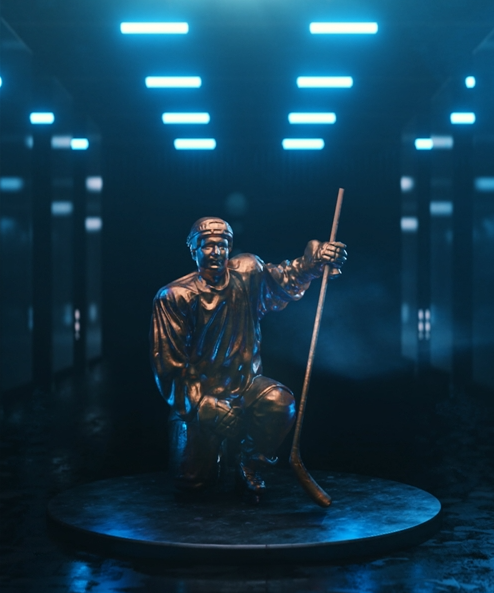 "That's the first time that we have done these for auction," said Juteau.

The NFTs, which are digital artworks authenticated by blockchain to certify ownership and authenticity, include Hawerchuk being picked first overall in the 1981 NHL Entry Draft, Hawerchuk's Game 3 third-period faceoff in the 1987 Canada Cup Finals that lead to Lemieux's goal, and his induction into the Hockey Hall of Fame in 2001.

Juteau said the auction will be open until Oct. 26 and people can view and bid on each item online.