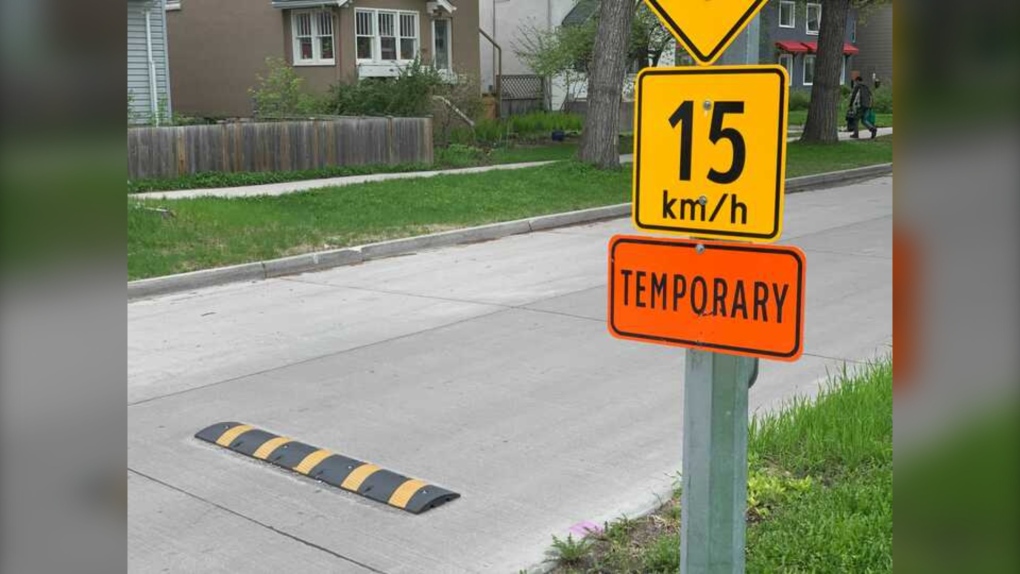 Residents of Rosedale Avenue are seeing higher volumes of traffic due to the construction on Jubilee. (Source: Scott Andersson/CTV News)

Residents of one Winnipeg street are expressing their concerns as they are seeing more and more traffic due to construction on Jubilee Avenue.

Earlier in the month, CTV News Winnipeg reported that a major road project has closed parts of Jubilee until October. Due to these closures, traffic is rerouting onto Rosedale Avenue, leaving some residents worried.

Tom Westoll, who lives on Rosedale Avenue, said the volume of cars on his street has greatly increased, especially during rush hour.

“Because it’s a residential street, if you get cars coming both ways, it creates quite a bit of a problem because cars are parked on one side of the street,” he said in an interview on Thursday.

“It’s just a long line of cars all day long.”

Westoll added that most drivers have been adhering to the speed limit, though there are some people speeding.

He said the volume of traffic is concerning to him, because there are a number of children who live on the block.

“With cars going by all the time, it’s just not as safe,” he said.

Westoll said he wishes the city had come up with an actual detour route on a wider street with a traffic light.

For those who are driving on Rosedale, Westoll asks that they drive slowly.

Canada has been without an ambassador to China for 6 months. What's the holdup?

At a time of enhanced global uncertainty and growing Chinese influence, the Canadian government faces mounting pressure to appoint a diplomatic representative in Beijing after the post has sat vacant for six months.

Scotiabank is putting its Hockey Canada sponsorship on ice. The financial institution said Tuesday the pause will last until it's confident the right steps are taken to improve the culture within the sport.