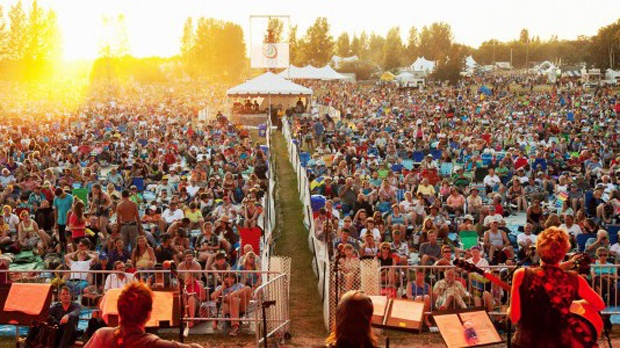 Staff and volunteers are busy putting the final touches on the site of the 46th annual Winnipeg Folk Festival, which gets underway Thursday.

Over 70,000 festival goers are expected through Birds Hill Park over the weekend, taking in over 70 bands and artists from around the world.

Executive director of the Winnipeg Folk Festival, Lynne Skromeda said the music and community is what keeps people coming back.

“It’s a big tradition for a lot of people in the province,” she said. “It’s become a mainstay for people. They know that even though the music changes from year to year, the experience is the same. You've got friends, family, and it’s just a lot of fun.”

Camping passes are sold out, but single and four-day tickets can be purchased online or at the festival gate.

The festival begins Wednesday for anyone camping, with music kicking off on Thursday. The event wraps up Sunday evening.