Even though it is spring, some Manitobans were in for a cool surprise over the weekend as ice piled up on the shore of Lake Winnipeg, creating what looked like giant hills of ice.

Ron Suzuki, who lives in Winnipeg Beach, said he drove out to Riverton, Man., on Friday evening and saw the ice piled up about 25 feet high. 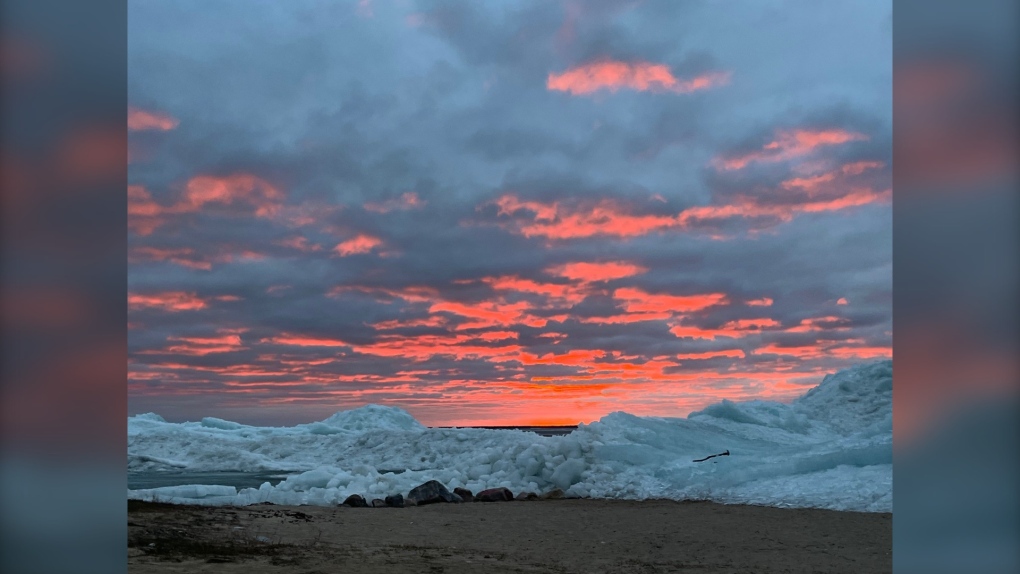 “It was all along this one spit, it’s called Sandy Bar Beach…the ice was pushed up against that whole area,” he said in an interview on Tuesday. “It even pushed sand and dirt up to it as well.”

As for what caused the ice pile up, Alex Crawford, a research associate and sessional instructor at the U of M’s Centre for Earth Observation Science, said this is a classic “ice shove.”

Crawford explained that ice shoves most commonly occur in the spring and involve a mobile ice cover and a persistent wind. 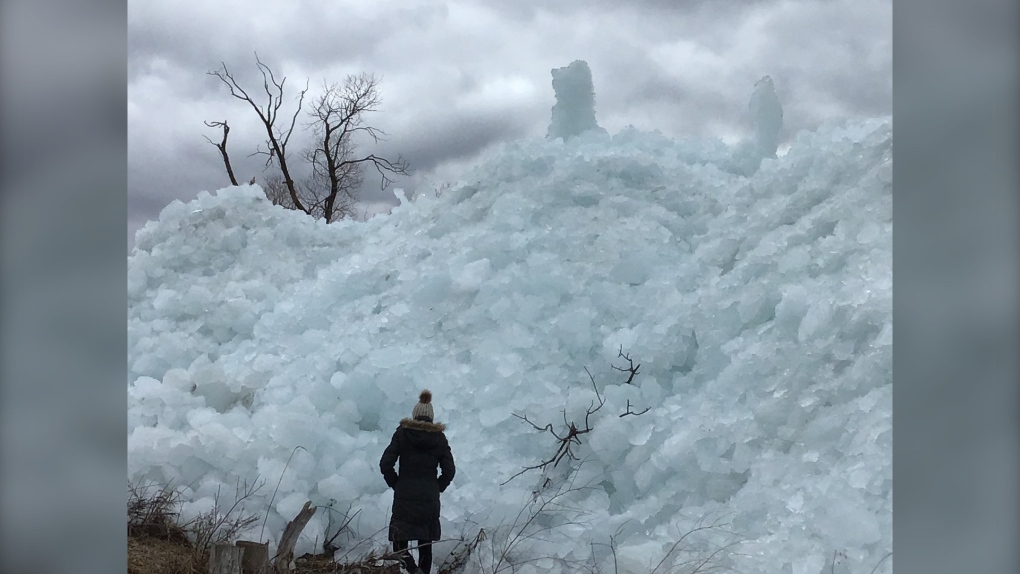 “For the ice cover to be mobile, it needs to be floating on the water. If it's too thick, it might grind on the lake bed and not move easily,” he said in a statement.

Crawford added that mobile ice packs are more common in the spring melt season, because in the fall the ice grows from the shore, but in the spring the melting typically occurs around the shoreline before the centre of the lake.

To then drive the mobile ice cover onto the shore and create an ice shove, it takes a strong, persistent wind.

“These winds blew all that ice onshore, pushing it up relentlessly into those piles,” Crawford said.

“The wind acted like a conveyor belt at a grocery store with nobody bagging, and the ice floes were like the groceries. If the conveyor belt keeps pushing more groceries to the bagging area, they will start piling up at the end.

Other factors, such as water fluctuations, can also contribute to ice shoves.

Suzuki said that he’s seen ice shoves once before in Winnipeg Beach in April 2010. 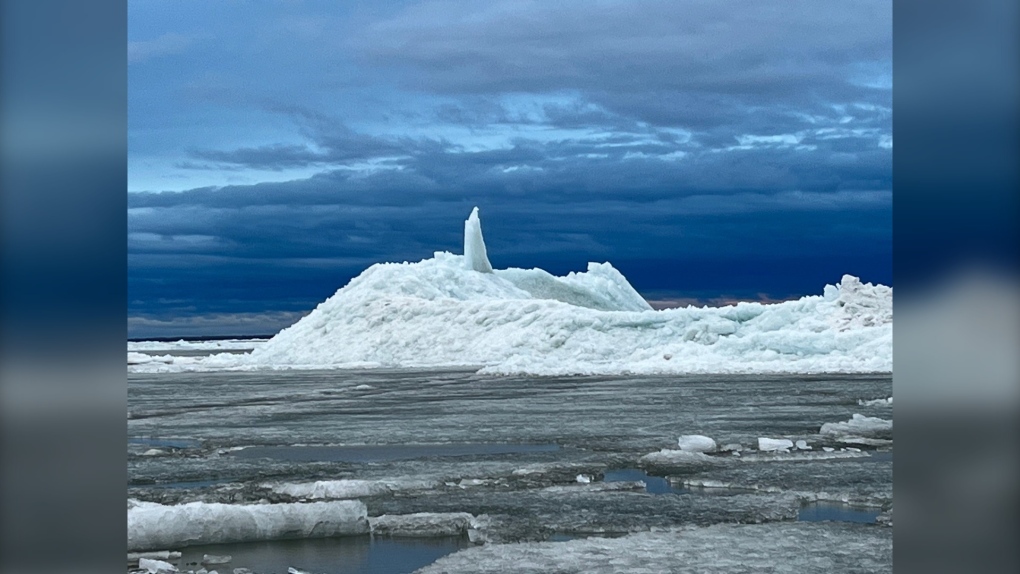 The ice shove on the shore of Lake Winnipeg. (Source: Ron Suzuki)

The Group of Seven on Tuesday was wrapping up a summit intended to send a strong signal of long-term commitment to Ukraine's future, ensuring that Russia pays a higher price for its invasion while also attempting to alleviate a global hunger crisis and show unity against climate change.

Forty-six people were found dead in and near a tractor-trailer and 16 others were taken to hospitals in a presumed migrant smuggling attempt into the United States, officials in San Antonio said.

An Amtrak passenger train traveling from Los Angeles to Chicago struck a dump truck Monday in a remote area of Missouri, killing three people and injuring dozens more as rail cars tumbled off the tracks and landed on their sides, officials said.

As long lines persist, Canadians travelling in the next 24 to 48 hours are being given priority at some passport offices.

As COVID-19 fears ebb, Japan readies for tourists from abroad

Japan is bracing for a return of tourists from abroad after the island nation's border controls to curb the spread of coronavirus infections began gradually loosening earlier this month.