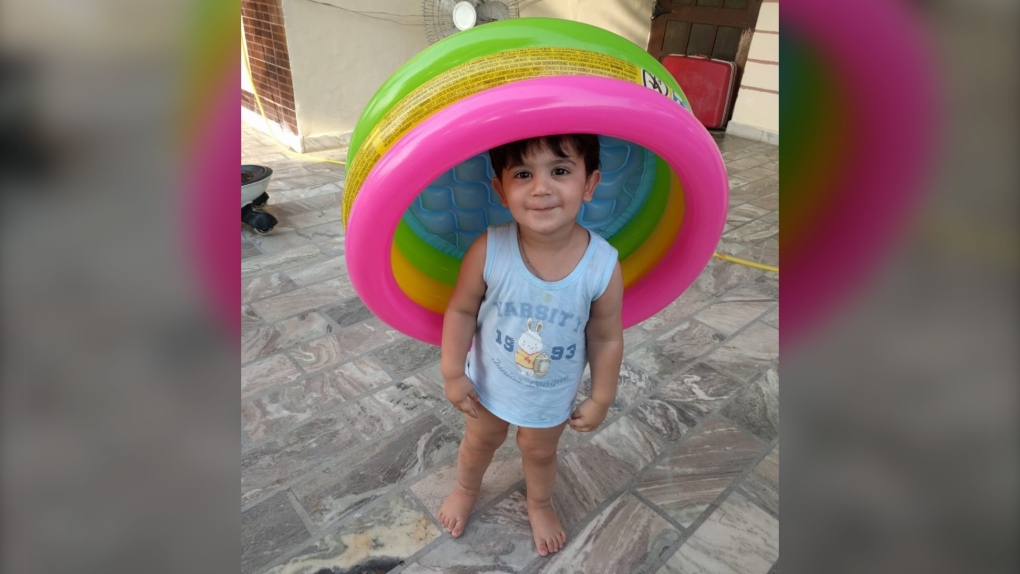 A picture of Ashley Singh's son who is currently stuck in India with his grandparents due to COVID-19 restrictions. (Source: Ashley Singh)

WINNIPEG -- A Winnipeg woman says she has run out of options to get her almost two-year-old son home from India.

Ashley Singh says her son went to India with his grandparents on March 3 for a 45-day trip. She says they were able to go on the trip because it took place before COVID-19 travel restrictions were in place.

Since then, the pandemic has hit and they have been unable to return home.

Singh said India went on lockdown and all flights that her son and his grandparents have tried to get on have been cancelled.

"Their first flight back, which was in April, got cancelled because of the lockdown, and then it was every two or three weeks they were rebooking us on other ones and they kept getting cancelled," said Singh.

Singh said they were then able to get a flight for July 7 and they were checking every hour to make sure it didn't get cancelled as well.

She said they made it to the airport but then weren't allowed on the plane.

"We got a call from my mother-in-law saying that the airport agent was like 'no you can't get on. You're not eligible for the flight, too bad'," she said.

Singh says her son is a Canadian citizen, but his grandparents only have visas for Canada. She added that the grandparents did apply for permanent residency last year, but because of COVID-19, that has been put on hold. 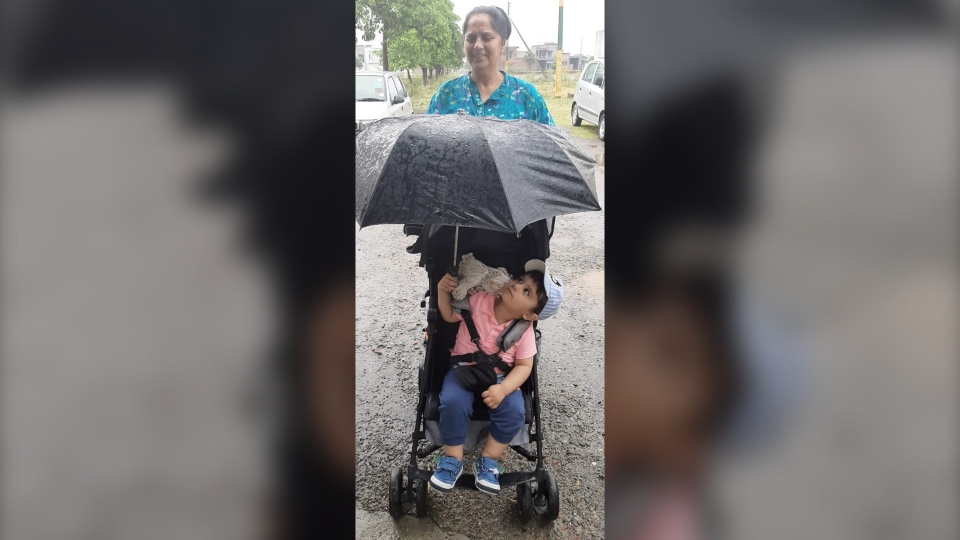 The frustrating part for Singh is her son's grandparents had all the proper paperwork that was requested that would allow them on the flight.

She said the grandparents are currently her son's legal guardians and his only way of getting home, but when her husband spoke with the airport agent, she said they didn't care.

"(He) was refusing to look at any of the supporting documents that we had in regards to why they are eligible for that flight."

Singh said they had received an email from the airline stating which people were eligible for the flight, and she said because the grandparents had visas, they were eligible.

Singh added that she has reached out to everybody that could possibly help, from local MPs to the Prime Minister, and she hasn't heard anything back.

She even reached out to the Canadian Embassy in India, and all they were able to provide was details for financial aid.

Singh said this has been hard for and her family.

"I honestly sometimes have nights where I think I'm never going to see my son again and it's terrifying to think about," she said.

Singh added at this point, even if one of the grandparents could come home with her son that would be a preferred option.

Moving forward, Singh said she doesn't really know what the next step is.

"If I could quit my job and fly over there myself, I would and bring him back. But they also aren't issuing visas to Canadians to come to India, so that's not even an option," said Singh. "Right now, it's just kind of a waiting game of when is this nightmare going to be over."

CTV News reached out to Global Affairs Canada about the situation and a spokesperson said the agency understands the stressful situation for Canadians who are abroad.

"We are doing everything we can to provide assistance under these unprecedented circumstances," the spokesperson said in an email.

"A number of relief flights continue to be run by various international carriers. Canadians are advised to check the status of all flights directly with the airlines as they can change on short notice. Canadian citizens who are unable to obtain a ticket to return to Canada on one of these flights should continue to monitor for available flights back to Canada.

"Some flights returning to Canada are not run under the auspices of the High Commission of Canada in India. In these cases, boarding rules, eligibility requirements, costs, flight schedules, and other details are all subject to the airline and local authorities - not the Government of Canada. Passengers do not require an authorization letter from the High Commission to take any relief flights. Passengers are responsible for verifying their eligibility to transit through other countries."

The spokesperson added if Canadians can't return to Canada, Global Affairs will continue to advise and assist them with a full range of consular services.

In terms of how Singh's son and her son's grandparents are doing, she said they are doing okay and currently living with family, but she said for her, it's hard to stay positive.

"Any time we get our hopes up, it's just gut-wrenching when it gets torn apart," said Singh.