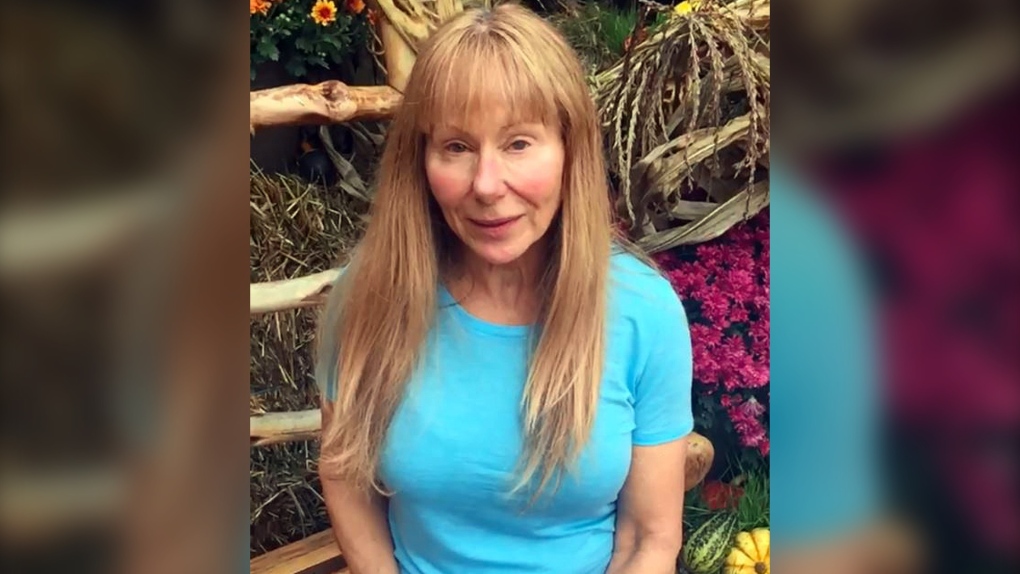 Joanne Proteau said even after a number of procedures and treatments, her vision remains damaged. (Photo supplied by Joanne and Gerry Proteau).

WINNIPEG -- A Winnipeg woman who fears she may never have her vision fully restored after it was damaged during surgery wants to know how it happened.

Joanne Proteau, 71, underwent surgery for a cataract in April 2018 at the Misericordia Eye Care Centre of Excellence, after it was detected at an appointment with an eye specialist she sees for another condition.

She said she was given a sedative but was awake during surgery and believes she has a clear memory of what happened that day.

“And I guess that’s why I’m kind of angry about the whole thing,” she told CTV News.

Proteau said she remembers listening to her surgeon during the procedure, which involves making an incision and inserting an instrument used to break up the cataract and vacuum it out.

“The doctor was having great difficulty in getting the probe, I guess, into my eye,” she said.

“So much so -- he had to call the other doctor that was in the operating room over, and the other doctor said, “Well, I don’t know, did you make the slit big enough?’ and I’m lying there going, ‘Oh, this does not sound good.’”

In the province’s latest public report tracking critical incidents in Manitoba’s health care system, what happened to Proteau was summed up in two sentences:

“During a surgical procedure, the equipment overheated causing a burn to the patient’s eye. Additional surgeries were required to address the burn.”

Proteau said even after a number of procedures and treatments, her vision remains damaged.

“You go into a store and you come out and you can’t – you’re just going crazy, because everything is so distorted when you’re trying to look at things.”

Patients are never identified in the province’s critical incident reports, but Proteau came forward to CTV News after it was released, in the hope it could help her get answers and raise awareness of the complication in the medical community.

“I would like to know exactly what happened,” she said. “I know it heated up, I know it burnt my eye -- who was at fault, though?”

‘Many will never see this in their career’: expert says eye surgeons should take steps to avoid rare complication

A professor who has studied how the complication occurs, and how common it is, said the label ‘burn’ is somewhat of a misnomer.

“We need to get away from this idea that an eye caught on fire,” said Dr. Randall Olson, chair of the department of ophthalmology and visual sciences at the University of Utah School of Medicine and CEO of the university’s John A. Moran Eye Center.

“But, that doesn’t in any way say that this can’t be a really severe problem.”

Olson explained that modern cataract surgery is performed with a needle that vibrates rapidly, 20,000 to 40,000 times a second, which can cause friction to build up rapidly.

He said to fight that friction, the needle is irrigated with fluid. But if anything blocks the irrigation, the needle can quickly heat up to around 60 C, hot enough to cause problems.

“At 60 degrees, the incision, and the tissues around it, will contract, and it can be quite dramatic, and can be very damaging,” he said.

“It is a devastating complication, at times,” Olson said, noting that it is very rare.

He co-authored a 2012 study based on a survey of eye health professionals that suggested it occurs in around one out of every 2,000 procedures, but he said it usually doesn’t result in a severe injury.

Olson estimates the more serious burns happen in about one out of every 10,000 of the surgeries.

He said the rare nature of the burns, which he refers to as “thermal-generated collagen contractures,” could be a contributing factor.

“Because for so many surgeons, it’s only theoretical, they’ve never seen it, they’ve only heard about it, and in their desire to get these cases done, they keep forgetting that, in particular, a couple things that are very important.”

Olson said the complication can be prevented with measures taken by the surgeon, including operating the device used in short bursts and ensuring the eye is well flushed of a viscous substance used in an earlier stage of the procedure, which can also contribute to overheating.

“If you notice it starting to occur, you can stop your ultrasound, your vibration of that needle, with a foot pedal,” he said. However, he said because ophthalmologists are trained to focus on preventing other, more common complications, signs of trouble could be missed.

“It’s not as rare as getting struck by lightning, but, people would get themselves in dangerous situations and just think, ‘It’s not going to happen to me.’”

Proteau said she hasn’t seen her surgeon since the burn occurred, but has been recovering with the help of another ophthalmologist, who she was seeing several times each week for months.

“I went for I don’t know how many surgeries, because the stitches kept opening up and my eye was leaking from the inside out,” she said, adding that eventually a decision was made to do a graft, which took months to heal.

Proteau said she would like to know exactly what went wrong in her case.

Proteau said before the surgery, she was warned of complications like infections or retinal detachment and signed a document acknowledging risks, but she doesn’t remember any warning about a potential burn.

In a statement, the Misericordia Health Centre said it can’t discuss specific patients for confidentiality and privacy reasons.

It said its investigation into the burn incident is complete, but findings have not yet been shared with the patient.

“Standard disclosure in patient safety events includes talking with patients to review findings and discuss recommendations after an investigation is complete,” it said.

It also released a general statement about cataract surgeries, saying there is a burn risk in both simple and complex cases.

“Risks associated with procedures are disclosed to patients by surgeons as part of informed consent prior to any surgery,” read the statement, and, “We are sorry any time a patient experiences a complication.”