WINNIPEG -- When Dorata Blumczyńska, executive director for the Immigrant and Refugee Community Organization of Manitoba, took the stand to speak at a Winnipeg Police Board meeting, she asked a seemingly simple question:

Why is the Winnipeg Police Service getting more money when community organizations are getting less?

Blumczyńska is part of the newly formed Police Accountability Coalition, a group of over 90 community organizations calling for a 10 per cent cut to the Winnipeg Police Service budget, with those funds redirected to community groups. 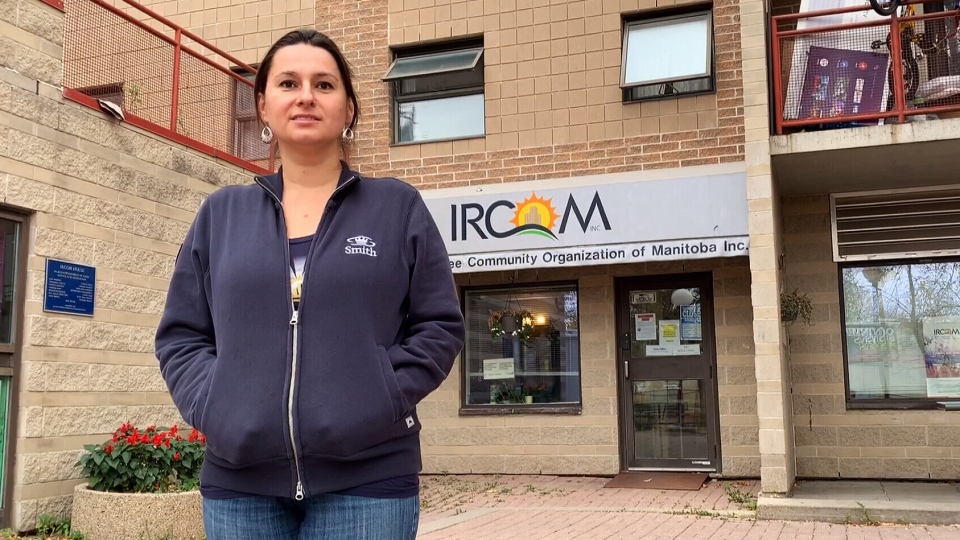 “You have taken money away from our community’s after-school programming for hundreds of children and youth,” she said to members of the board and Winnipeg’s chief of police, noting other initiatives, including literacy programs and homework supports, have seen reduced funding.

“You’ve taken money away from me and increased the budget of the police service despite mounting evidence that this is not an effective strategy," she said.

Financial records back up Blumczyńska’s comments, at least when it comes to a growing police budget.

How much the WPS’s budget eats into the City of Winnipeg’s total budget has been on the rise, too.

In Hamilton, Ont., a city of comparable population-size to Winnipeg, the police service accounts for about 10 per cent of the city’s total expenses. And in Edmonton, a city with a higher population than Winnipeg, the city spends just under 15 per cent of its total budget on the Edmonton Police Service.

A recent CTV News.ca analysis of 15 cities across Canada found that Winnipeg spends the most on policing in proportion to the city’s total budget.

“Winnipeg police really stands out in terms of the proportion of their budget that consumes the city budget,” said Kevin Walby, a criminology professor at the University of Winnipeg who studies police spending.

Increases to what Winnipeg police officers earn in salaries are the primary driver of the WPS’s increasing budget, Walby said, describing it as a “culture of cost overrun.”

Salaries and benefits account for 85 per cent of the Winnipeg Police Service’s total expenses.

During the same time, the number of police officers in Winnipeg has been steadily decreasing.

Documents show Winnipeg is paying more for a smaller number of police officers.

Walby points to the collective agreements made between the Winnipeg Police Association and the City of Winnipeg as one of the main reasons behind that trend.

“For the last 10 years, they’ve really pushed hard for (four and five per cent) increases in wages,” Walby said.

The current agreement between the City of Winnipeg and Winnipeg Police Association has pay increases set at about one per cent to 1.5 per cent for the upcoming year.

“That’s still a lot compared to what other public workers are getting. Manitoba nurses are getting zeroes (in raises) across the board," he said.

Some of Winnipeg’s highest-paid public sector workers are police officers.

“If that statistic came out about any other department in the city… there would be massive outcry and calls for a vicious austerity response” said James Wilt, one of the organizers for Winnipeg Police Cause Harm, who spoke at Thursday’s Winnipeg Police Board meeting.

Councillor Markus Chambers, chair of the Winnipeg Police Board, said it isn’t just salaries and benefits that are adding to policing costs.

Purchasing vehicles, gasoline, and training courses for officers are all getting more expensive.

“All of those costs are rising,” said Chambers. “We recognize there is an increase cost to police, and those are the things that need to be recognized by the public as well.”

“It’s not just a matter of cutting budgets to allocate to other areas, it’s a matter of looking at what the real costs are and if we’re doing that as effectively as possible.”

Winnipeg's Chief of Police Danny Smyth said that any cuts made to the WPS budget will result in a reduction in services.

“It comes down to what services do you want to cut?” said Smyth. “Because that’s what it comes down to…that’s where the savings would come from.”

Cutting certain police services and giving those funds over to other groups to do the same job may not be a bad idea, says Bronwyn Dobchuk-Land, assistant professor of criminal justice at the University of Winnipeg.

She points to “community policing,” a WPS initiative that has officers working in neighbourhoods to work with the local community to solve area-specific problems, as a good example.

“Community policing doesn’t really benefit the communities it purports to benefit,” said Dobchuk-Land. “What it does is take city resources that may otherwise be spent on community service groups.”

“Community safety spending should go to groups other than the police,” she said.

But, in the near-term, it doesn’t look like the Winnipeg Police Service’s budget will decrease. 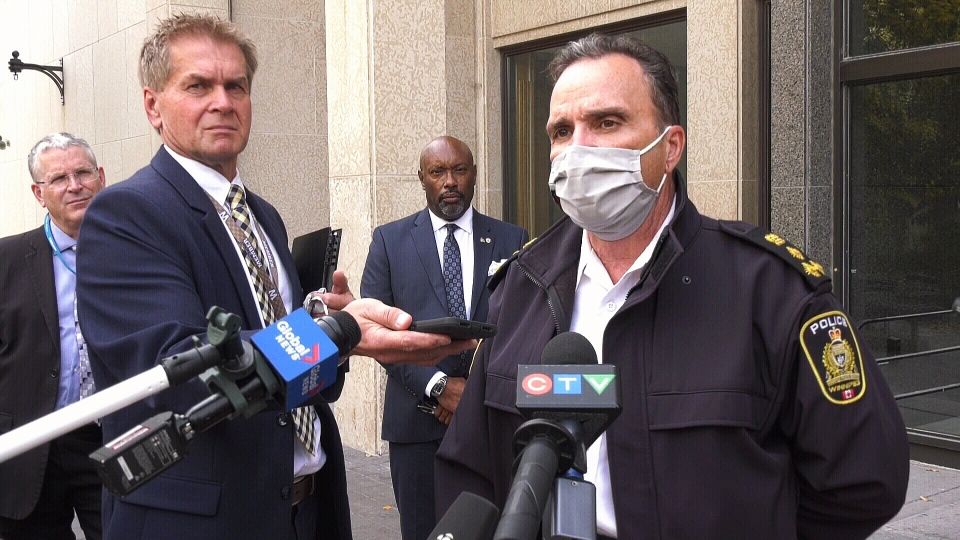 Calls for police officers to wear body cameras, one of the requests made by the Police Accountability Coalition, would only add about $8 million to the WPS’s expenses.

Body cameras for Winnipeg police officers, however, are far from a guarantee, with Smyth saying Thursday he is "open to the idea" but warned of the high overall cost.

Body cams or not, Walby warns that not addressing the WPS budget and its projected growth could put a serious financial strain on the city’s budget.

“Who knows, in 20, 30 years we could have half our city budget going to policing. That’s the kind of big picture budget analysis that just isn’t happening at the City of Winnipeg right now.”