AHL cancels remainder of season due to COVID-19 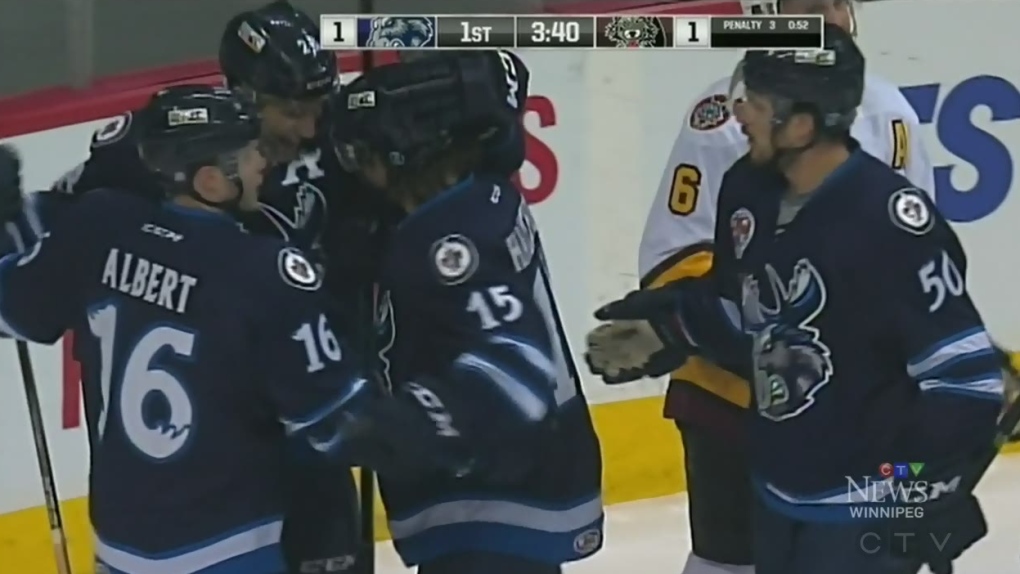 WINNIPEG -- The Manitoba Moose will not be returning to the ice this season, but players are being told to keep training in the downtime as they may be playing for an empty stadium in September.

The American Hockey League (AHL) announced on Monday it will be cancelling the remainder of the 2019-20 regular season and the 2020 Calder Cup playoffs due to the COVID-19 public health crisis.

“After a lengthy review process, the American Hockey League has determined that the resumption and completion of the 2019-20 season is not feasible in light of current conditions,” said David Andrews, AHL president and chief executive officer, in a statement.

“The League’s operational focus has turned toward actively preparing for the 2020-21 season.”

Andrews said the AHL is “very grateful” to the National Hockey League and its teams for their support and leadership during the ongoing crisis.

'NOBODY KNOWS': MOOSE UNCERTAIN WHEN THEY WILL RETURN TO THE ICE

Manitoba Moose head coach Pascal Vincent said the decision to cancel the season now allows the team to move forward and plan the next steps.

"We don't know when we're going to play – nobody knows," Vincent said. "We're planning as if we were returning in September."

He said players will need to be mature and responsible about their conditioning and living habits so they are ready to go come September. He said players are going to need to be creative and find different ways to train on their own.

"It's going to be really interesting to see who took advantage of this situation and get better or find ways to get better," Vincent said.

When the puck does drop again, Vincent said there is a possibility it could be in front of an empty stadium.

"Obviously it's going to be different. We love when there's people in the in the building, it creates a different atmosphere. But at the end of the day, we'll have to adjust," he said.

"I think that's not the best case scenario, but that might be the only scenario. And if that's the case, we might as well – and we will – make the best out of it."

In the meantime, Vincent said the Moose are looking at alternatives to stay connected, such as holding video conference meetings.

The AHL, the main developmental league for the NHL, suspended its season on March 12.

The league said standings, sorted by points percentage, and statistics as of March 12 will be considered final, and used as the basis for league awards.

The Milwaukee Admirals finished first overall with a 41-14-5-3 record.