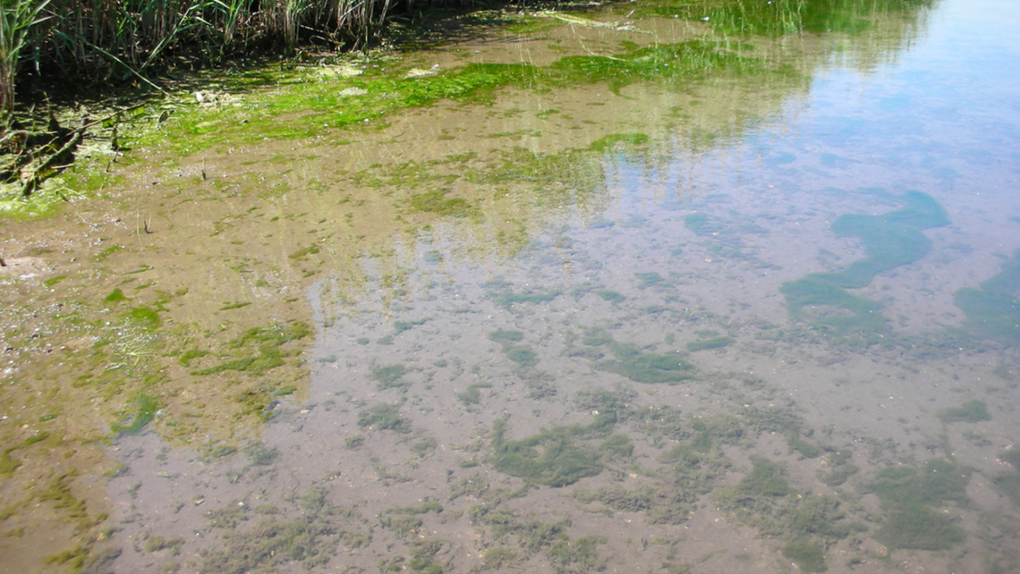 Advisories have been posted at a handful of Manitoba lakes warning of high levels of algae toxins and blooms.

In its weekly beach report, the province said it issued a second level algae toxin advisory for Otter Lake – a small lake located about 30 km north of Minnedosa. The province said the concentration of the algal toxin microcystin was well above the recreational water quality objective.

"Swimming, drinking, or other contact with the water at Otter Lake is not recommended at this time," the report reads, adding sampling is ongoing.

That is not the only beach in Manitoba that has advisories posted.

The province said algal blooms were sampled at Grindstone Beach on Lake Winnipeg and Ninette Beach on Pelican Lake.

"The number of blue-green algae cells was above Manitoba’s recreational water quality objective at Grindstone Beach and Ninette Beach while the concentrations of the algal toxin microcystin were below the recreation objective," the report reads.

It said first level algae advisory signs are posted at the two beaches, informing visitors that blue-green algal blooms have been found at the beach.

The province said E. coli counts were above the recreational water quality objective at Plum Coulee Beach on Monday and Wednesday – prompting advisory signs to be posted.

E. coli counts were also noted to briefly be above the recreational water quality objective at Delta Beach and St. Ambroise Beach on Lake Manitoba, Birds Hill Park East Beach, and Lester Beach on Lake Winnipeg. The province said the counts quickly returned to the objective levels by Wednesday.

More information can be found online.

How a deadly crush at an Indonesia soccer match unfolded

A soccer match at a stadium in Indonesia has ended in disaster, with at least 125 people killed and more than 320 injured after police sought to quell violence on the pitch, authorities said on Sunday. This is how events unfolded.

Marking one month as a judge on the Supreme Court of Canada, Michelle O'Bonsawin, speaks with Evan Solomon about why she wants people to see her as a judge first and the first Indigenous justice to sit on Canada's highest bench, second.

Russia attacked the Ukrainian president's hometown and other targets with suicide drones on Sunday, and Ukraine took back full control of a strategic eastern city in a counteroffensive that has reshaped the war.