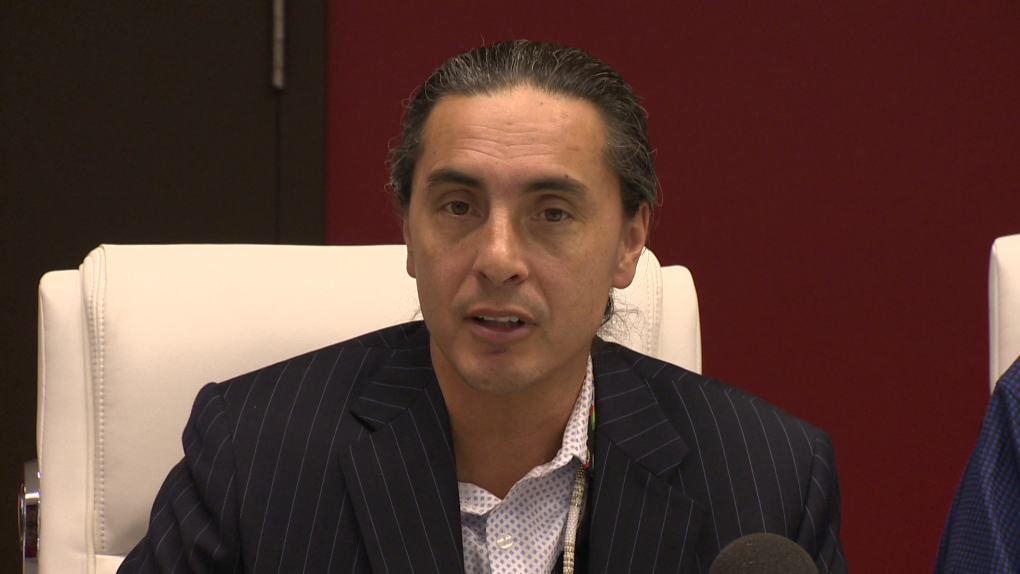 Grand Chief Arlen Dumas of the Assembly of Manitoba Chiefs (AMC), is pictured in an undated image. Dumas is facing serious allegations after a senior staff member accused him of harassment and sexual assault. Dumas, who has not been charged with a crime, has been suspended from his role as Grand Chief for the duration of the investigation. (CTV File Photo)

The Assembly of Manitoba Chiefs (AMC) is working to remove Arlen Dumas as Grand Chief of the organization.

The decision comes after an AMC staff member filed a workplace misconduct complaint against Dumas in March.

Following the complaint, an investigation was started and the Executive Council of Chiefs received and reviewed the report on Wednesday.

“The independent investigation found that the conduct engaged in by Arlen Dumas amounted to workplace sexual harassment under the AMC’s Personnel Policy Manual and under applicable workplace legislation,” the AMC said in a release.

The AMC said a meeting with be held soon to “pursue the removal of Arlen Dumas from the role of Grand Chief through a vote of non-confidence”.

The organization said Dumas will remain suspended without pay for the time being.

“Upon conclusion of this investigation, our hope is that those impacted can begin a process of healing. The AMC is committed to reflecting on and reviewing our workplace policies and practices to ensure our organization fosters a culture of support and respect, reflecting traditional First Nations knowledge and human resources best practices.”