'An awful lot of money': City gains no data from back lane drainage pilot project 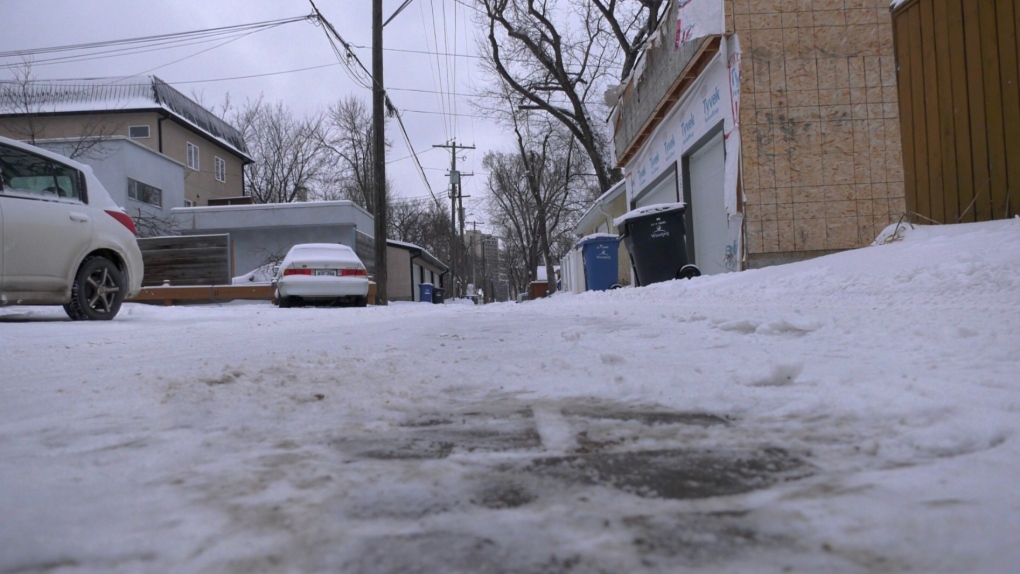 A green back lane built by the City of Winnipeg. (Source: Mason DePatie/CTV News)

WINNIPEG -- Winnipeg is calling a five year pilot project which cost more than $328,000 a bust.

The Green Back Lane Initiative Pilot Project began in 2015 as an effort to create better drainage.

The pilot project rebuilt a back lane in Crescentwood along Dorchester Avenue, and added permeable paving stones on top of gravel to aid with water flow.

Tom Scott, who has been living along the back lane for years, said the lane fixes a lot of old problems.

“There were pot holes, there were big drainage problems in the spring time depending on how much snow we had and so forth."

Although promising anecdotal evidence, a report received by council Thursday said the lane was not built right, has not been maintained properly and its location wasn’t monitored before construction.

“The effectiveness of the land drainage flow reduction or delay could not be evaluated because the location of the pilot needed to be changed due to poor sub-surface soil conditions,” said the report.

With no reportable numbers, City Council now has to decide to redo or continue the pilot.

"That is an awful lot of money to spend when we knew we wouldn't have any data. It's almost like we did it just to say it didn't work," said Coun. Kevin Klein

City council mentioned scrapping the program, putting money aside for maintenance and trying multiple back lanes at once as possible solutions.

"Green back lanes are very expensive. We need a thorough analysis to see if we want to redo a pilot or if there's other ways we can be spending that money," said Coun. Cindy Gilroy.

The pilot might not have gone according to plan, but Scott who has seen the results of the alley for five years, says it is worth trying again.

“I hope they do, and this time -- if they're a little more organized-- they get the results they want.”

The actual benefit of green back lanes is unconfirmed and the report said further investigation might not be worth it.

“Based on the high capital cost, additional maintenance requirements, and unconfirmed benefits to flow reductions in the combined sewer system, there appears to be limited benefit in constructing additional green back lanes without additional investigation.”

On average, a green back lane costs 40 per cent more than a typical concrete construction.