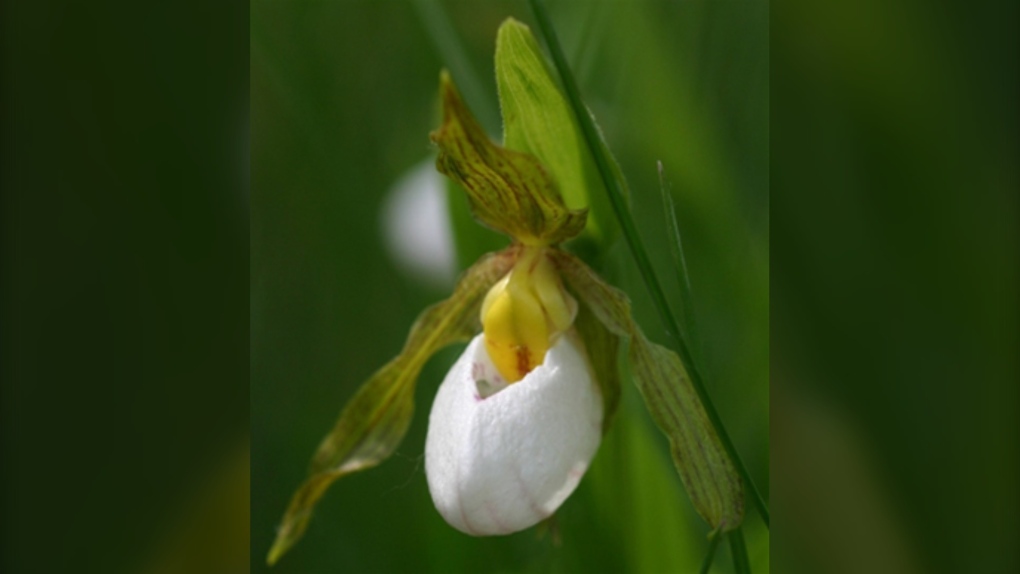 WINNIPEG -- A section of land in Brandon slated to be set aside to preserve an endangered orchid that takes more than a decade to grow was accidentally tilled by a neighbouring property owner.

The City of Brandon said council recently voted to donate about five acres of city land to a proposed 60-acre area to be owned and operated by The Nature Conservancy of Canada to preserve the White Lady’s Slipper Orchid.

However, the city said on April 24 to 25, it was told that a 1.5-acre section of that land was accidentally tilled along with private land neighbouring the area.

"This certainly was an unfortunate mistake, by all accounts," said Ryan Nickel, the director of Brandon's Planning and Building Development Department.

He said an adjacent landowner had an agreement with a farmer who would till the land but said the farmer accidentally tilled the city-owned land earmarked for the White Lady’s Slipper Orchid preserve.

Megan Hamill has been working to protect the endangered orchid in Brandon. In the summer of 2020, Hamill launched a petition to save the orchid growing on the site of a proposed development in the city.

"There is not very many of them left because unfortunately, with farming and the expansion of cities, we have taken over almost all of the tall grass prairies – it is one of the most endangered ecosystems in the world," she said.

"These little sections that we have left are very important – not just for the orchid, but the other animals and the other plants that are living in those systems."

She said the land that was tilled did have historical occurrences of the White Lady’s Slipper Orchid at one time.

Nickel said the province is the authority in regulating endangered species. CTV News has reached out to the province, to see if any White Lady’s Slipper Orchid was currently growing on the area of land.

A provincial spokesperson said the province was aware of the 'reported disturbance.'

"We are working to determine the extent and impact of the disturbance, and potential next steps," a provincial spokesperson told CTV News.

According to the province of Manitoba's website, it is unlawful to disturb or interfere with at-risk species or the habitat of the at-risk species. The spokesperson did not say if there would be any penalties or fines handed out as a result of the land being tilled.

Nickel said the neighbouring property owner is working with the city and the province to restore the land to the greatest extent possible. He said an assessment of the damage will be done.

"There's an understanding that it is very difficult to just put land back together again," he said.

He said there will be some work done in the area to reseed native grass species. The City of Brandon said it will work with the province during the ongoing investigation.