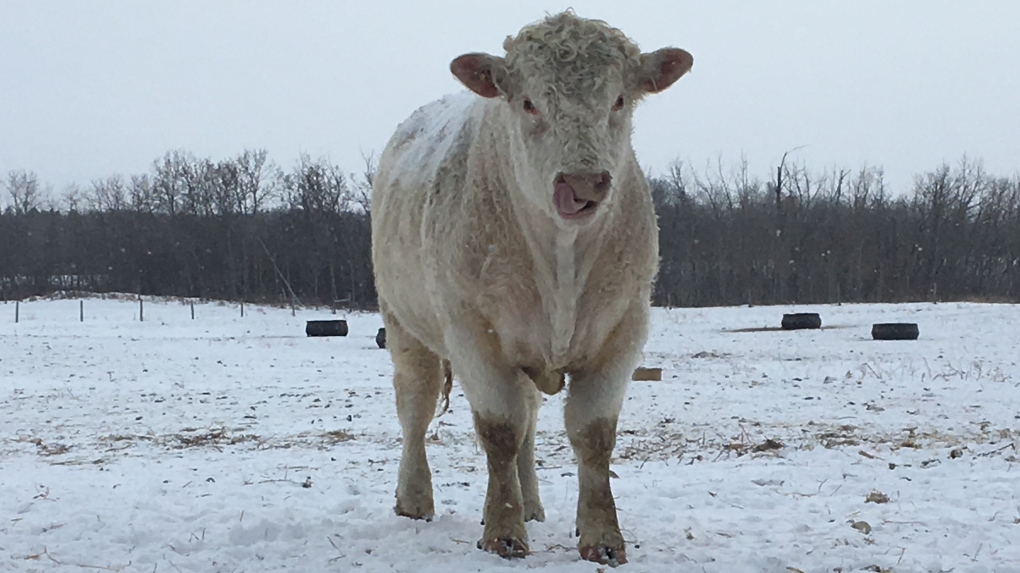 WINNIPEG -- Manitoba isn't prepared for an outbreak of animal illness, according to a new report from the auditor general.

The audit report found the province has taken steps to prevent animal disease emergencies, but preparation efforts have been inadequate.

It's a worrying find for Dale Myhre, who has been raising cattle in Crane River for the last 40 years.

Working with his sons, the family ranch has about 600 heads of cattle.

Among many challenges like animal wellness, land disputes and weather, Myhre also worries about animal illnesses.

"It would only take a small amount to devastate farmers' livelihoods and curtail the amount of good food available to everyone," he said.

Listed in the report, the province currently has a list of 36 potential diseases but no preparedness plans for most of the illnesses if cases do arise.

"In general, what we are recommending is the department take their existing emergency management program and go through it for each identifiable disease," said Auditor General Tyson Shtykalo.

Shtykalo said even a rumour of a disease outbreak could crash the price of livestock in Manitoba.

With agriculture making up about nine per cent of the province's GDP, any outbreak could be a significant blow to the economy.

"[Agriculture] provides not just farmers with jobs for countless peoples, not just the farmers," said Melissa Atchison, District 6 director of Manitoba Beef Producers, "In terms of retail and grocery and everything in between, it would have a really negative impact."

"The prices of our livestock plummeted and it was a difficult time for everyone mentally, financially, emotionally. It took a very long time to recover," she said.

Atchison said producers work closely with their veterinarians to make sure animals are in their best health.

In a statement to CTV News, Agriculture and Resource Development Minister Blaine Pedersen said the province received the report and is working on the recommendations.

"We welcome the OAG report and are committed to strengthening our preparedness and emergency response, as there is no question that planning and preparation is vital to protecting animals as well as the safety of our food supply," read the statement.

"Substantial work in animal disease preparedness is already underway in response to the report and the department is working hard to update disease plans and policies. We will continue to analyze risks and potential impacts to ensure the best outcome in our emergency response."

Implementing the report's recommendations will hopefully prevent ranchers like Myhre from dealing with an illness outbreak down the road.

"It would be like the last straw," said Myhre, "So those 40 years of work would go down the drain because there is no way we would survive."

The full auditor general report can be found here.