WINNIPEG -- A few dozen people attended an anti-mask rally at The Forks on Saturday for the second week in a row.

Demonstrators gathered by the Canadian Museum for Human Rights around 2 p.m. and then headed out for a loop around The Forks before heading out on Winnipeg streets.

The Forks rally was one of two anti-restriction protests planned for the weekend.

The second rally was held Saturday evening in Winkler. CTV news was there, and observed about 70 people gathering peacefully in a park. 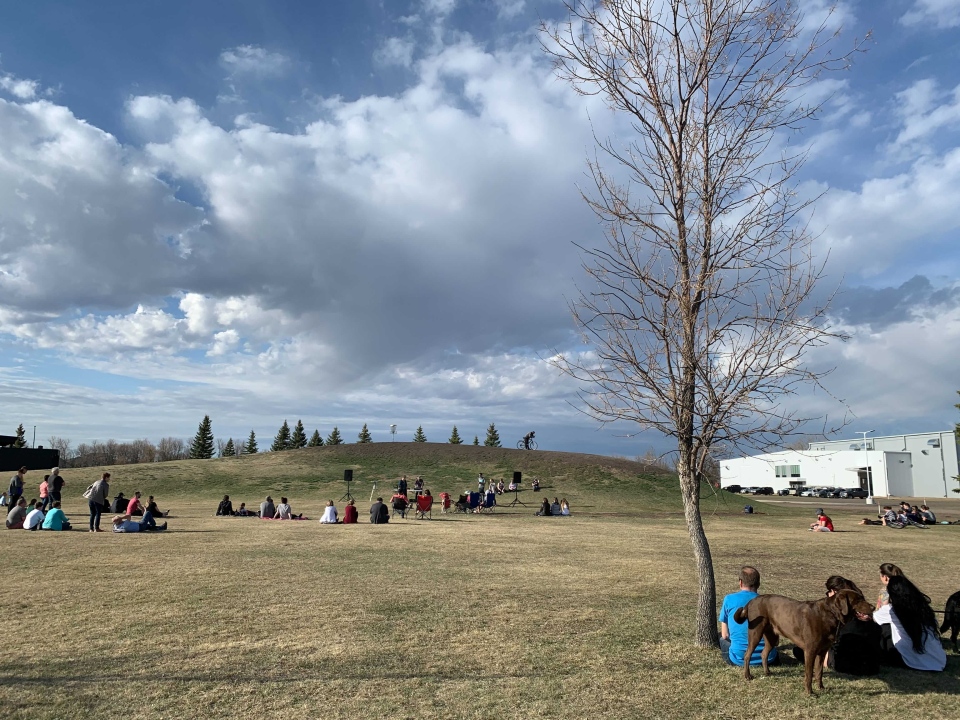 Enforcement officials were in attendance, but it is not known if any tickets were issued.

On Friday the province urged all Manitobans to obey public health orders in order to avoid fines in an enforcement bulletin.

"Enforcement officers will be present at any rallies, large gatherings, and events this weekend and will be closely monitoring events," the province said in the bulletin. "Officials advise the choice to defy public health orders is a serious offence and violators will be held to account."

Last week’s rally at The Forks drew hundreds of people and resulted in 20 $1296 fines being issued and The Forks closing its doors.

With file from CTVs Devon McKendrick