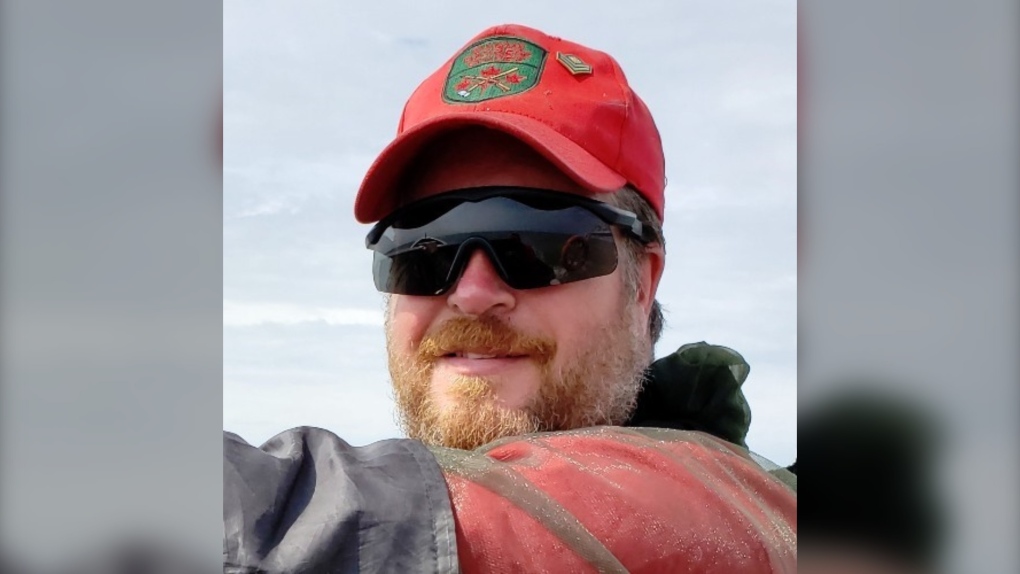 Corey Hurren is seen in this undated photo.

WINNIPEG -- CTV News has learned the armed suspect who was arrested near Rideau Hall Thursday morning is a Manitoba man and Canadian Ranger.

CTV News has confirmed the suspect has been identified as Corey Hurren of Bowsman, Manitoba.

According to the RCMP, a lone man breached the pedestrian entrance gate of the residence of the Governor General in Ottawa around 6:30 a.m. on Thursday, after crashing a truck into it.

RCMP said he was armed, and proceeded on foot on to the grounds of Rideau Hall to the greenhouse, where he was 'rapidly contained' by patrolling RCMP officers. He was apprehended at around 8:30 a.m. without any incident, RCMP said.

Police said Governor General Julie Payette was not at her residence, and Prime Minister Justin Trudeau and his family, who were staying at Rideau Cottage, were absent at the time.

CTV News previously reported that a four-door Dodge Ram pickup truck with Manitoba licence plates was seen stopped on the driveway leading to the doors of Rideau Hall. A police robot was seen searching the truck Thursday afternoon.

According to a LinkedIn page under Hurren's name, the suspect is a Canadian Ranger on the Swan River Patrol, a veteran of the Royal Canadian Artillery, as well as the owner of GrindHouse Fine Foods.

RCMP announced late Thursday evening that Deputy RCMP Commissioner Mike Duheme will provide an update on the investigation into what police are calling the 'trespassing incident at Rideau Hall' on Friday morning.