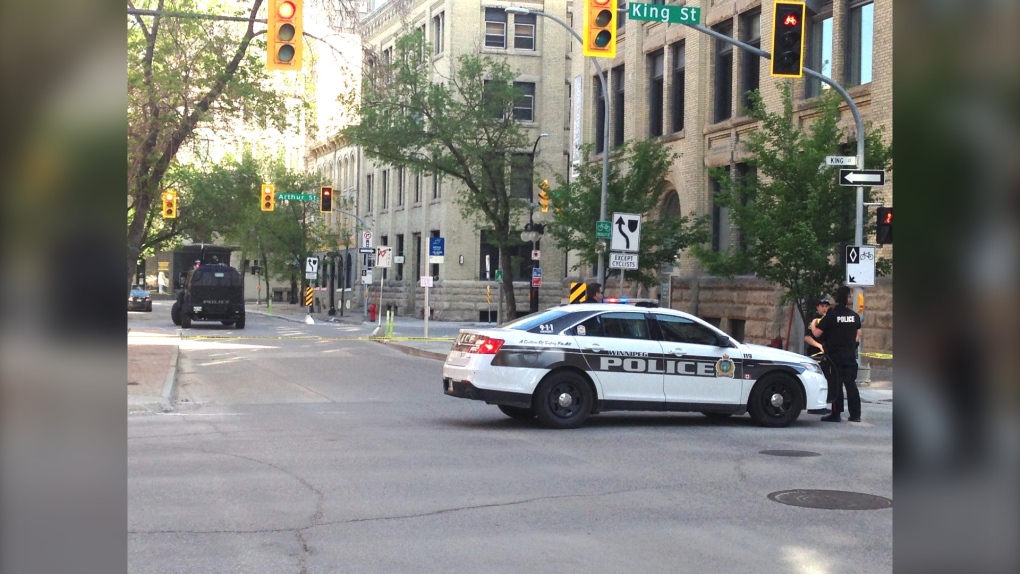 WINNIPEG -- Winnipeg police have arrested a man after a 'dynamic situation' in the Exchange District Wednesday evening.

Police tweeted just before 5:30 p.m. that there was a situation at King Street and McDermot Avenue and that the public should avoid the area.

"There was a pretty significant police presence in that area," Murray said, adding that it was about two hours before police were able to reopen the area.

Jon, who witnessed the situation unfold, said he watched as all the police vehicles attended the scene.

"Then the big military style vehicles showed up and that's when the guys came out with shields and everything and pushed us all back pretty far," he said.

Police said a man was taken into custody, with the help of the Tactical Support team, in the 200 block of McDermot Avenue in relation to an ongoing firearms investigation.

"Anytime there's a possibility that a firearm could be in play, we have to take every precaution to ensure the safety of not only our officers, but the people in the area as well," Murray said.

He added there was a second person that was taken into custody earlier in the day related to the investigation, but was not part of the incident at McDermot Avenue.

Police sources told CTV News that the incident is connected to a homicide investigation.

Police said officers have cleared the area and roads have been reopened.