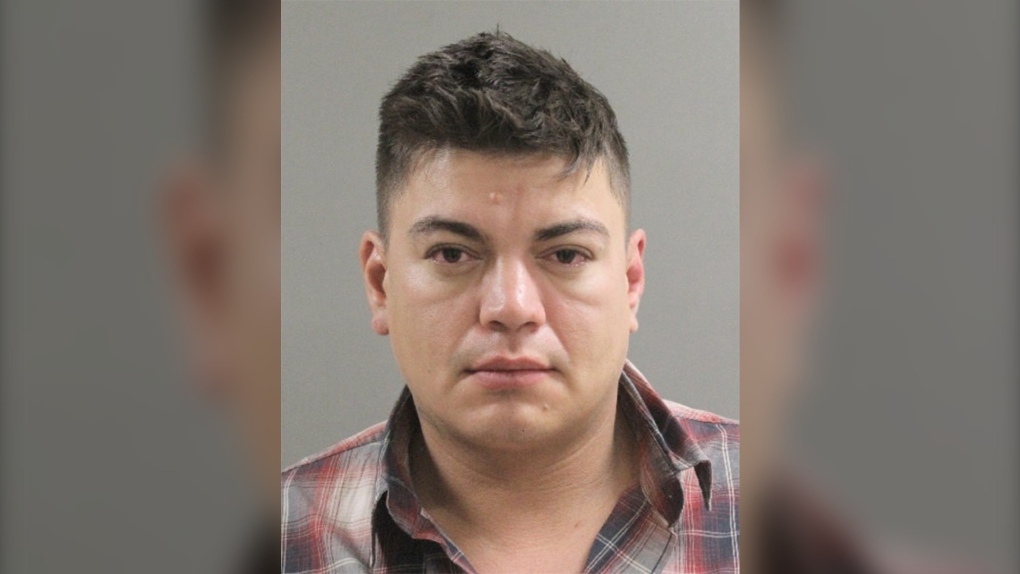 RCMP said 32-year-old Kalsey Houle (pictured) is wanted on multiple gun-related charges. The charges have not been proven in court. (Source: RCMP)
WINNIPEG -

RCMP has issued an arrest warrant for a man wanted in connection with a shooting in Portage la Prairie that police believe was not random.

On Friday, RCMP said 32-year-old Kalsey Houle is wanted on multiple gun-related charges. The charges have not been proven in court.

Mounties describe Houle as five-foot-eight, weighing about 200 pounds with brown hair and brown eyes. He is known to live in Brandon, Sandy Bay Ojibway First Nation, and Winnipeg.

RCMP said the warrant was issued after a shooting in Portage la Prairie Wednesday morning.

Two women were driving in an SUV along 6th Avenue in Portage la Prairie when two men driving a small dark four-door car drove up and shot at the SUV and drove away.

RCMP said the passenger in the SUV, a 25-year-old woman from Winnipeg, was injured in the shooting and taken to the local hospital. She has since been released.

RCMP got the report of the shooting at around 7:50 a.m. on Wednesday.

"This was not a random incident," RCMP said in a news release. "Those involved are known to each other."