As Manitoba waits for vaccine questions grow about future procedures 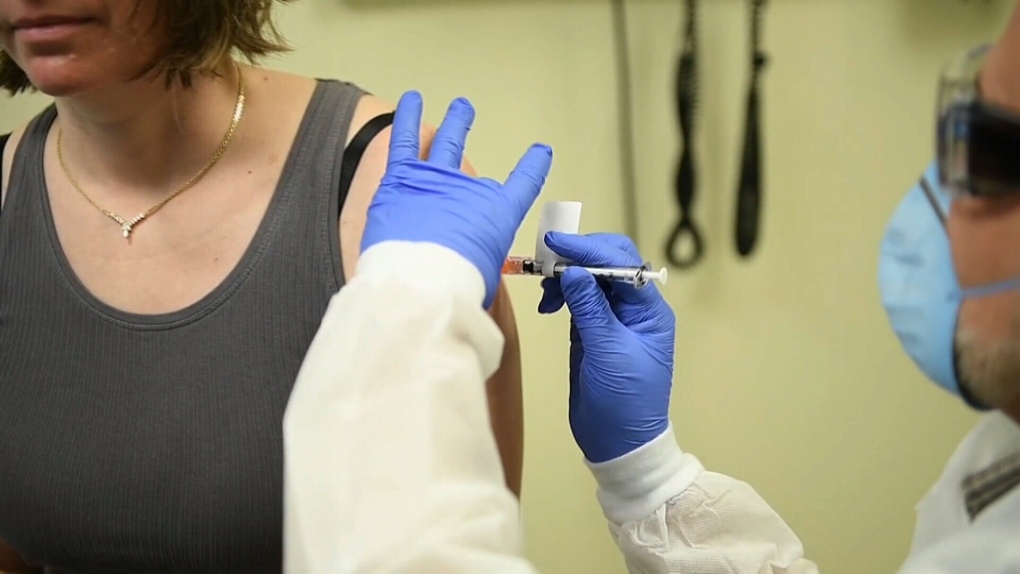 WINNIPEG -- The first batch of COVID-19 vaccines will arrive in Manitoba as early as next week.

While the vaccine will only be available to a small group to start, Manitoba will eventually get enough doses for the entire province.

"I think that by this time next year, we'll have a much different COVID landscape than what we're looking at right now," said Dr. Brent Roussin, Manitoba's chief public health officer.

Earlier this week, Ontario's Health Minister Christine Elliott said there could be some restrictions placed on Ontarians who choose not to get vaccinated. Elliott said people will be issued proof of immunization, which has been referred to as an 'immunity passport.'

"I think this is really interesting," said Roussin. "We didn't delve into any details on this, but I think it's something that we'll look at and see what the best practice could be for this, but we don't have any immediate plans on that."

The COVID vaccine isn't mandatory. As it becomes more widely available there are questions being raised, such as could businesses like airlines or theatres require vaccine proof from customers?

"That might turn out to be so important socially from the Public Health point of view that we're willing to infringe individual liberty," said Ethics Professor Arthur Schafer. "But it may never be necessary. I hope it won't."

As for whether workplaces could require their employees to get immunized, Schafer said that would be unfair and a violation of the Human Rights Act. He said the hope with the vaccine is that enough people will take it to create herd immunity.

"If we reach that figure without any coercion, and we can more or less suppress or eliminate COVID-19 from the population, then there won't be any need to coerce people," said Schafer.

A date and location for the first round of vaccines in Manitoba has yet to be revealed. Roussin did say a dry run was conducted to test the plan on how the clinics will operate, and it was a success.

The province also announced a new partnership with Red River College Thursday for a new, micro-credential course to help with the vaccination campaign. The course is set to start Dec. 15 and people must first be hired as immunization team members through Shared Health before taking part.