‘As quick as the stuff is coming in, it’s selling’: bicycle shortages on the horizon 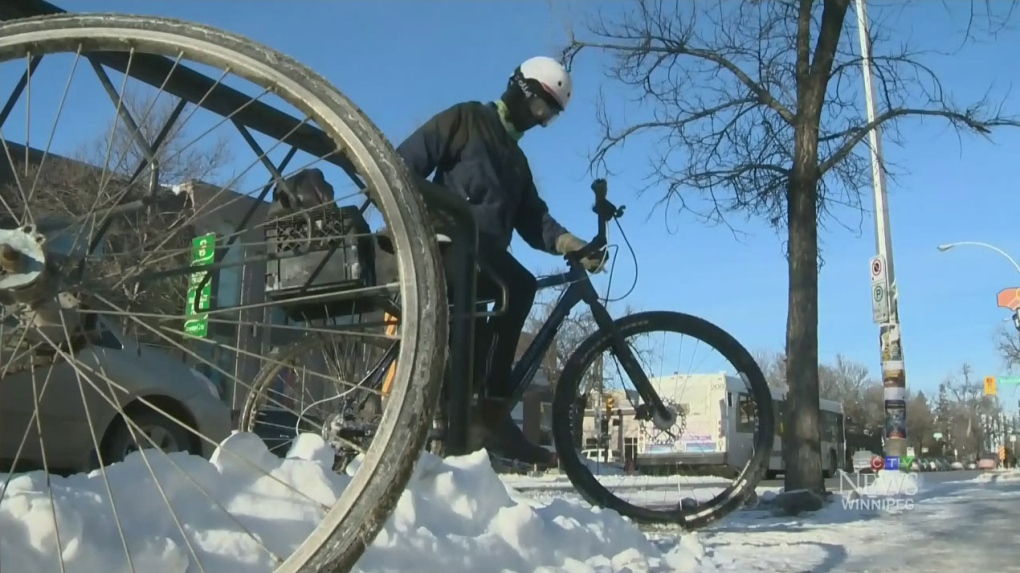 WINNIPEG -- If you’re in the market for a new bike, you might want to hold off on getting rid of your old one, according to one bike shop owner, who said global supply chain issues are causing shipment delays and shortages.

Last year the pandemic resulted in increased bike sales, as people looked for safe outdoor activities. Stores and manufacturers were caught off-guard, leading to a shortage of bikes, and the parts that make them run.

This year appears to be no different.

“What’s happening now is people are looking for bikes early, as quick as the stuff is coming in, it’s selling,” said Dean Sampson, owner of Sampson’s Sporting Life.

“So, by the time a lot of the regular consumers start looking when the snow melts, there’s not going to be a lot of bikes even to choose from.”

That sentiment is echoed by Philip Roadley, the owner of Bikes and Beyond. He said the situation is made worse this year because stores are going into the season with a much smaller inventory. He said despite orders coming in, it’s more of a trickle than a flood.

“Once you start putting orders in, the ETAs, the delivery dates, are starting to get pushed further and further back. (The) Bikes I ordered in June of last year are arriving now. For bikes I ordered in August, half of them are coming before August 1, and the other half after August 1,” said Roadley.

A shortage of parts is a driving force behind the shortage, dominated by two major players, Shimano and SRAM.

“The dilemma with bikes is Shimano is over 600 days out for supplying the bike manufacturers with parts, is what I’ve been told,” said Sampson. “And because of that bikes are in short supply this next year.”

Sampson doesn’t expect the situation to improve this summer, with future deliveries simply being delayed shipments. He said many of those bikes are being pre-sold to customers, and he isn’t able to give them an exact delivery date.

Electric bike supplies are also in jeopardy. At Bikes and Beyond, sales of e-bikes were strong throughout the winter months, leaving spring inventory already half-spoken for. Roadley attributes the sales increase to people expecting a shortage and buying early.

Inventory issues also have the potential to disrupt bike repairs, due to the lack of parts. Roadley suggests not waiting to till the snow melts before getting your bicycle fixed.

The advice for potential new bike consumers is simple; shop early and be patient.

“Don’t sell your bike until you have a new one,” said Roadley.

“Every store, it doesn’t matter, every city is in the same situation, there are only so many bikes out there. There’s going to be more demand than there is supply and it’s probably going to take two years, minimum, before there’s any kind of equalization in the stock to demand,” said Sampson.