The Winnipeg Police Service is asking for the public’s help to identify a woman who was hit and killed by a vehicle late Tuesday night.

Police were called to a crash, which took place at the Henry Avenue intersection, south of Higgins Avenue, at 11:30 p.m.

The woman, who police said is Indigenous and between 45 and 55 years old, was found lying in the road and seriously injured. She was taken to hospital in critical condition, where she died from her injuries.

Police said they are still attempting to identify the woman.

She has a small/thin build, with shoulder-length salt and pepper hair.

She was wearing bright, galaxy-print sweat pants, a grey sweatshirt and New Balance runners that were yellow, white and pink in colour. A stock photo showing similar pants can be seen below. 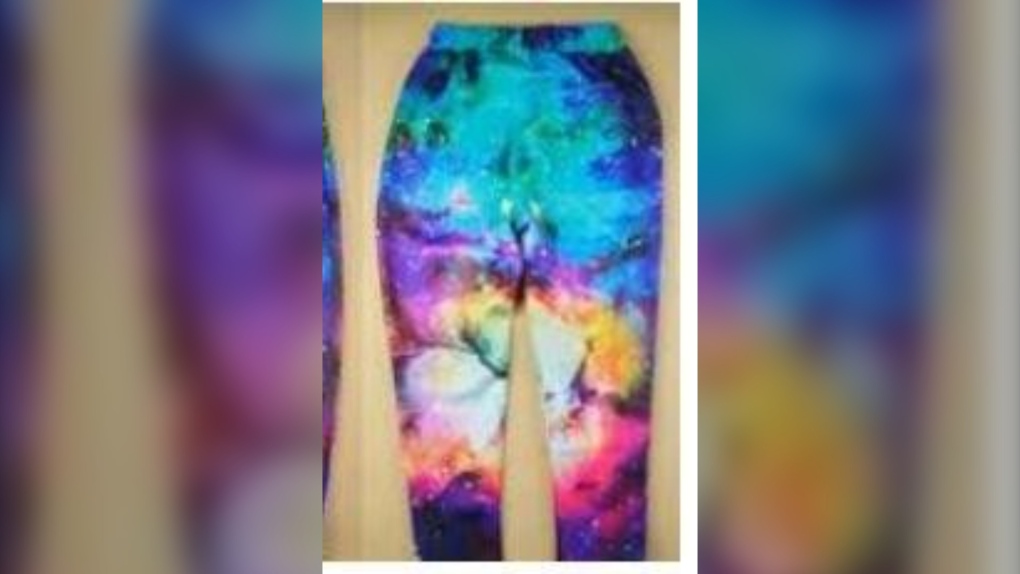 Police said the woman had three distinct tattoos. On her right wrist, she had the phrase “Klyde love you” tattooed. On her left forearm, she had tattoos of the word “Rohdy” in a red half-heart and a pentagram symbol.