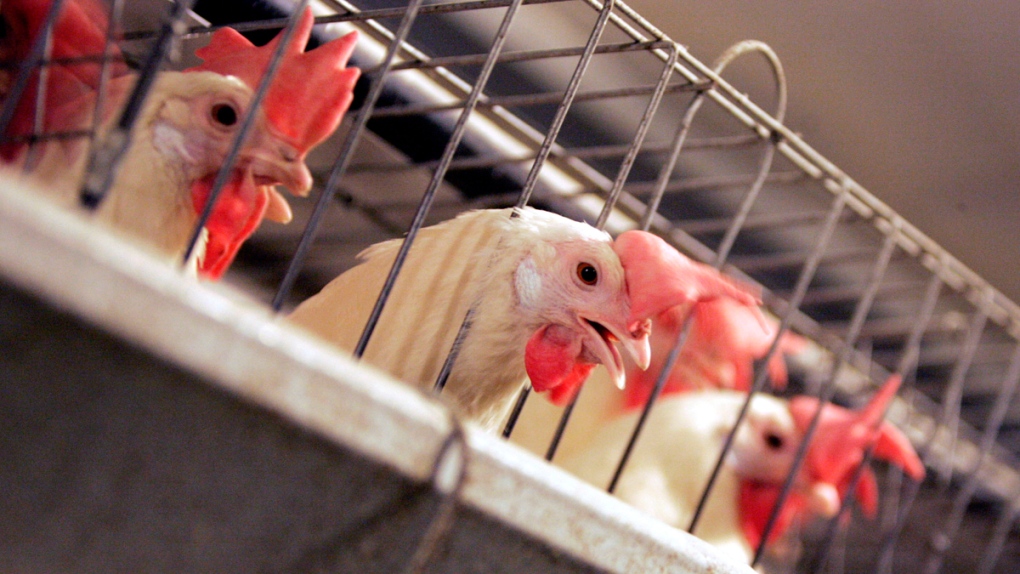 In this file photo, chickens huddle in their cages at an egg processing plant at on Sept. 10, 2008. (AP / Marcio Jose Sanchez)

WINNIPEG -- At least 24 cases of COVID-19 have been confirmed in a poultry plant in southern Manitoba, according to the union representing workers at the plant.

On Tuesday evening, the union representing workers at the Exceldor poultry plant in Blumenort, confirmed at least 24 people in the plant had tested positive for COVID-19.

The plant was previously known as Granny’s Poultry, before it was merged with the Quebec-based company Exceldor in early 2020.

“We can confirm that there are at least 24 cases inside the plant as of the last update we received earlier today,” Jeff Traeger, president of United Food and Commercial Workers Local 832, told CTV News in a statement.

Traeger said both Workplace Health and Safety, along with Public Health, have been to the plant and, as of Tuesday night, say there is no workplace transmission.

“Exceldor had previously done many things on behalf of safety for the workers in the plant, but we are continuing to work closely with them to ensure our members' safety is the top priority."

The Southern Health region of Manitoba where the plant is located currently has 79 active cases of COVID-19, according provincial data.

CTV News has reached out to Exceldor and to Manitoba Health for more information.