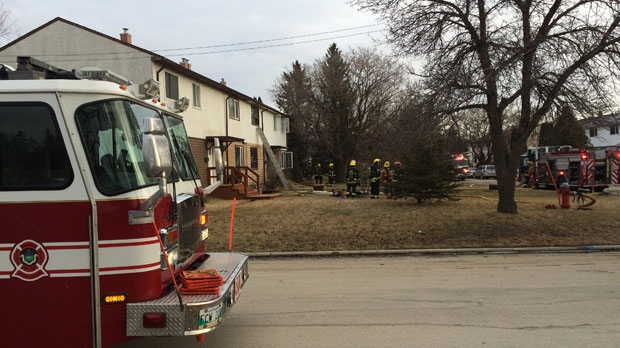 Fire crews quickly responded to the call at 6 Vincent Street and were able to gain control early.

A fire that started around 6 p.m. Sunday caused two adults and two children people to self-evacuate.

Fire crews quickly responded to the call at 6 Vincent Street near McGillivray Boulevard and Pembina Highway.

Smoke could be seen coming from the second unit of a four-unit row house.

Crews smashed the basement windows to prevent the fire from spreading.

"The worst part about this one was that it was a basement fire and basement fires are probably our worst because there's no exits really. You have the one stairway up and the one stairway down, and if that turns in to a chimney effect, it makes it pretty tough to get up there," said Morris Semkowski the platoon chief from the Winnipeg fire department.

There are no reports of any injuries.