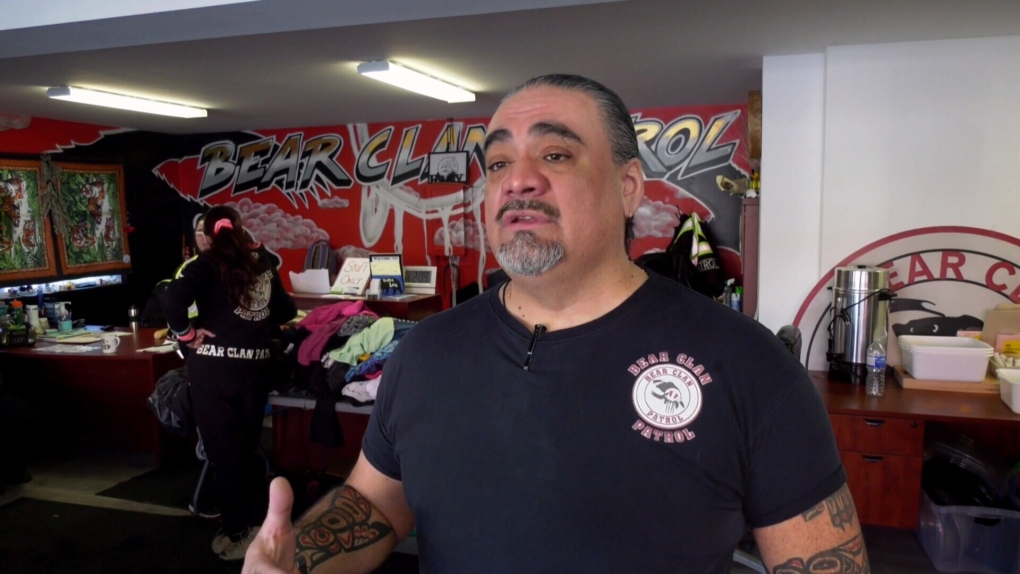 WINNIPEG -- James Favel, the former executive director of the Bear Clan Patrol, is speaking publicly about his departure, alleging he was unfairly ousted from the organization he co-founded.

“I’m disappointed not being a part of the organization I so lovingly created. (I’m) very troubled by that,” Favel told CTV News Tuesday.

Favel joined the Bear Clan Patrol in 2014, a crime prevention group, which has since grown into one of Winnipeg’s best-known community safety organizations.

On July 31st, the Bear Clan Patrol announced Favel’s exit, but provided few details as to why it was cutting ties. Favel said he received a letter that same day, citing a workplace complaint against him, which was made by a staff member. “I think people who know me know I’m not a bully. I find the claim to be vexatious for sure and frivolous.”

Favel said the conflict stems from a disagreement with the board of directors. “I was pushing back against board overreach.” He told CTV he has hired legal counsel. “Due process wasn’t followed. I didn’t get an opportunity to give a fulsome response because I didn’t have all of the information that was in the claim. There were procedural errors on the side of the workplace (Manitoba Workplace Safety and Health). So I’m making an appeal.”

The board of directors for the Bear Clan said in an emailed statement to CTV News:

"We can confirm that a complaint was made by a Bear Clan employee to Manitoba Workplace Safety and Health (WS&H). WS&H investigated and interviewed Mr. Favel in the process, and found that Mr. Favel’s behaviour was “intimidating and unprofessional.”

Beyond that, Mr. Favel is not being forthcoming about all the specific causes outlined in the letter of dismissal. He is at liberty to share that letter, we are not.

What we can confirm is that the causes for his dismissal were not, as he has said, due to a “falling out” with a member of the board.

Regarding due process, prior to the complaint to Manitoba Workplace Safety and Health, the board had previously made several documented attempts to discuss Mr. Favel’s inappropriate workplace behaviour with him, and to facilitate conciliation, to no avail. Mr. Favel refused to attend meetings or address the issues. It was a unanimous decision by the board to terminate his employment," the statement said.