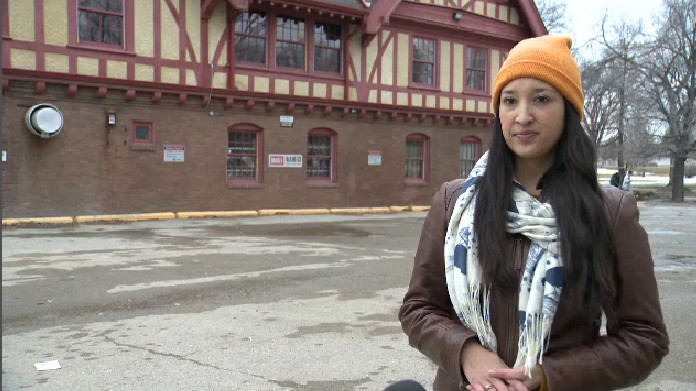 Co-owner Jenna Khan stands where the Beer Can will be setting up this summer. (CTV News/Dan Timmerman)

WINNIPEG -- The Beer Can, a popular pop-up beer garden, has picked its location for this summer.

"We're really excited for this location," said Jenna Khan, a co-owner. "We are a pop-up, so the whole plan was to always find a new home in our second season.”

The business has decided to set up shop in the Granite Curling Club's parking lot.

"We are kind of surrounded by some of Winnipeg's best neighbourhoods," said Khan. "We are surrounded by trees and the river and it's kind of like a little oasis in the centre of the city."

The move was a natural one since two of the owners are members of the curling club.

Khan said there isn't a set opening date yet but construction on the location should start soon.

"We are hoping to start construction in the next month and then, depending on how that goes and what it's looking like this spring, we don't have a set date, but we want to make use of as much spring, fall and summer as we can," she said.

Despite moving from its old Main Street location the venue hopes to keep its atmosphere the same.

"It's kind of exciting to not really start over but start fresh in a lot of ways," Khan said. "I think this space is going to have the same feel."

Like last year, the Beer Can will feature local beer and local music.

New this year, the beer garden will be able to use the curling club's kitchen to make food. According to Khan, the menu is still a work in progress.

Even though it's a new location, Khan believes people will enjoy it just as much as the last one.

"A lot of people told us that we kind of saved summer for them. As being a space they felt safe to be in and could enjoy seeing friends in during a time we felt really disconnected," she said.