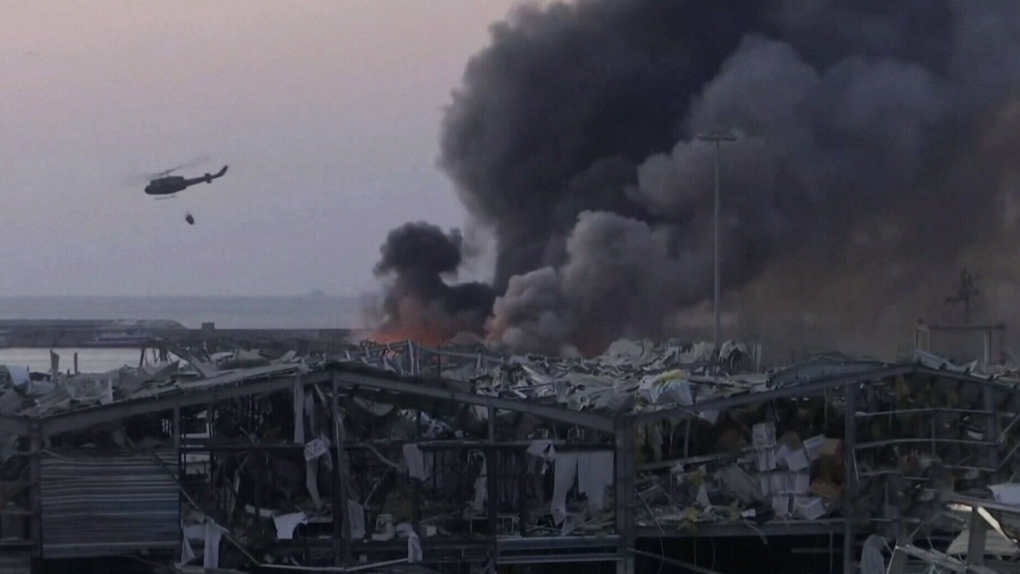 WINNIPEG -- As of Wednesday at 8:30 p.m. at least 135 people have been killed and thousands more injured following a blast in Beirut on Tuesday.

Now a search and rescue is underway to try and find survivors.

An investigation is underway to try and determine what caused the explosion and while investigators search for answers, what is clear is this tragedy has been felt around the world, including here in Winnipeg.

George Chamaa, who was born in Beirut, said his sister still lives in Lebanon, along with many other members of his family.

"So I made a call, and I found out my family is in good shape," said Chamaa, but he added that his country is not.

"Well, I think it needs a miracle."

The Governor of Beirut, Marwan Abboud, feels the same way as Chamaa, saying he doesn't know how the city is going to recover from this.

Abboud also compared the blast to the atomic bombs being dropped on Hiroshima and Nagasaki.

The blast was so powerful that a Winnipegger who is visiting his sick uncle, who lives approximately 45 kilometres away from the explosion site, felt it.

"It's like an earthquake when it happened. Lots of smoke all over the place, and lots of broken windows, glass," said Ismael Hard, who is from Winnipeg.

Harb said some of his friends living in Beirut suffered minor injuries during the incident and are now homeless, so he has invited them to stay with him in the meantime.

Countries around the world have already offered support, including the Canadian government.