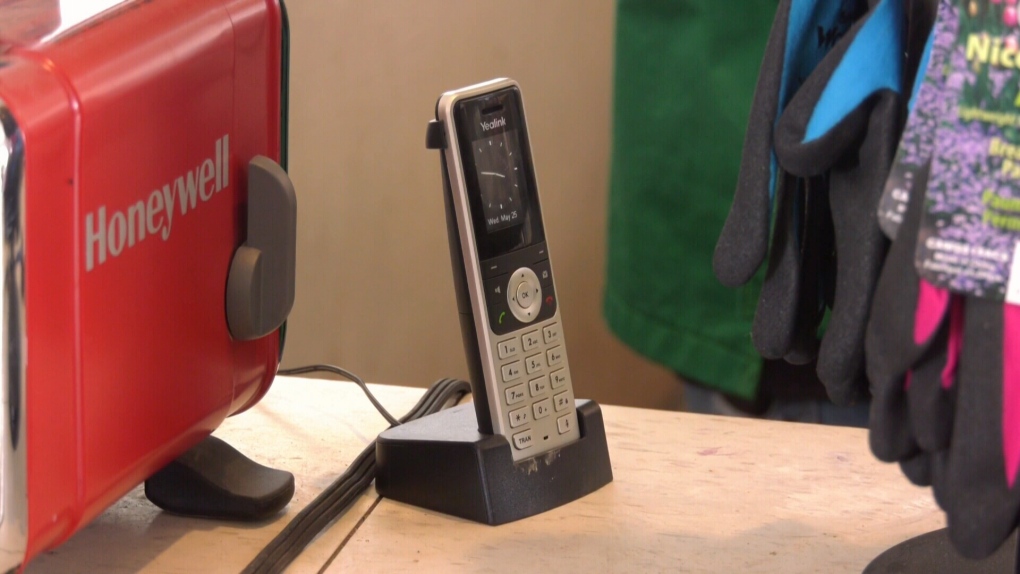 Bell MTS is no longer required to provide monthly information regarding landline outages that were reported earlier this year, according to the federal regulator.

In May 2022, complaints started to come in regarding landline service in the Winnipeg area provided by Bell MTS.

"The company indicated that most of the issues were in relation to legacy copper infrastructure, which was heavily impacted by weather issues. The company also indicated that it was working on the deployment of fibre, which is a more resilient and reliable technology," the Canadian Radio-television Telecommunications Commission (CRTC) said in an email to CTV News Winnipeg.

In June, the CRTC called on the communications company to supply monthly reports on the outages until October.

On top of the monthly reports, the CRTC said it monitors service quality for large phone companies, including Bell MTS.

"Over the course of our monitoring, the outages have significantly reduced. In its most recent reporting, Bell MTS indicated that its open trouble tickets continue to remain low and it continues to monitor the situation and remains committed to addressing voice outages as expeditiously as possible."

As a result of the improvement that the CRTC has seen, it said Bell MTS no longer has to provide monthly reports. The CRTC added it will continue to monitor any concerns.

Bell MTS is owned my Bell Media, which is the parent company of CTV News Winnipeg.

Search teams and emergency aid from around the world poured into Turkiye and Syria on Tuesday as rescuers working in freezing temperatures dug, sometimes with their bare hands, through the remains of buildings flattened by a magnitude 7.8 earthquake. The death toll soared above 5,000 and was still expected to rise.

Canadians now believe they need $1.7 million in savings in order to retire, a 20 per cent increase from 2020, according to a new BMO survey. The eye-watering figure is the largest sum since BMO first started surveying Canadians about their retirement expectations 13 years ago.

Why wasn't the suspected Chinese spy balloon shot down over Canada?

Critics say the U.S. and Canada had ample time to shoot down a suspected Chinese spy balloon as it drifted across North America. The alleged surveillance device initially approached North America near Alaska's Aleutian Islands on Jan 28. According to officials, it crossed into Canadian airspace on Jan. 30, travelling above the Northwest Territories, Alberta and Saskatchewan before re-entering the U.S. on Jan 31.

China said Tuesday it will 'resolutely safeguard its legitimate rights and interests' over the shooting down of a suspected Chinese spy balloon by the United States, as relations between the two countries deteriorate further. The balloon prompted U.S. Secretary of State Antony Blinken to cancel a highly-anticipated visit to Beijing this week that had offered slight hopes for an improvement in relations.

John Benoit of West Jeddore, N.S., says he has been beachcombing for over 50 years, but his most recent discovery -- a Killick anchor -- is by far his most memorable.

Will Biden's second state of the union mark a less protectionist approach to Canada?

A new poll suggests a majority of Canadians still see the United States as their country's closest ally, even in an age of isolationism and protectionist policies.