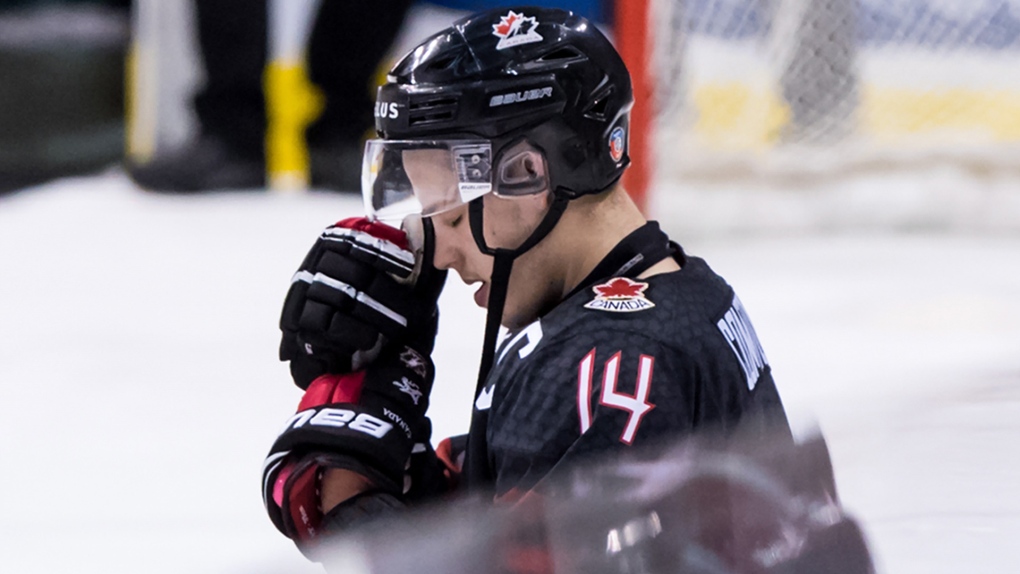 WINNIPEG -- Winning gold -- it's a moment that can bring Canadian sports fans from across the country together, cheering on their team, but when those teams lose, the players may find themselves on the receiving end of fans' anger, frustration and sadness.

In today's day and age, all these feelings, either positive or negative, can be easily shared with the world through social media and sometimes they can go too far.

During the 2018/2019 world juniors hockey tournament in Vancouver and Victoria, Team Canada's captain Maxime Comtois had a chance to beat Team Finland in the quarterfinals. Comtois was awarded a penalty shot and missed. Finland went on to win the game.

What followed was a flurry of angry comments on social media, mainly directed at Comtois. Some said he was a disgrace to the country and a terrible captain.

"You did not deserve captain," one person commented on Instagram.

"Worst ice-hockey player I have ever seen," another person wrote.

The barrage of comments went so far, that one Quebec politician condemned them saying they were "anti-francophone racism."

Christina Sutter, a registered psychologist in Calgary, said athlete's brains are already overloaded with information from social media and once negative comments are added in, it can be hard to process everything.

"You're trying to associate what (the comment) says for you as a person, and how you relate to that situation," said Sutter. "But that constant overload and then coupled with it being negative. It's like a double whammy for your brain all the time."

She added these comments can lead to behaviours that players may not realize they are demonstrating.

Sutter said the hurtful comments can also affect an athlete's performance in their specific sports.

"One of the big things that we see with social media and sports is the inability to focus," she said.

"So if they're kind of having that overload of information, sometimes on a negative level, they might not associate the fact that they can't focus fully in practice or a game."

When it comes to the level of cruelty of a comment, Sutter noted the worse it is, the harder the impact will be on the player.

"So the severity of it and the more individualized it is can have a more severe impact."

TRAITS OF SADISM AND PSYCHOPATHY IN ONLINE CYBER-BULLIES

Experts call the people behind these negative comments ‘trolls.’

According to the dictionary, to troll someone is to purposely post upsetting or offensive comments on social media in order to get an emotional response from others.

"People who enjoy trolling others online, or maybe cyberbullying, or any of these negative online behaviours, they tend to have darker personalities than most," said Dr. Erin Buckels, assistant professor of psychology at the University of Winnipeg.

Buckels researches the personality traits of people who engage in hateful online behaviour. She said many of these people demonstrate traits of subclinical sadism and psychopathy.

"We see the people who enjoy it the most do it the most," Buckels said. "People with dark personality traits tend to spend more time online and social media, they're engaging with it more, probably because they are finding opportunities to engage their appetite for cruelty."

Buckels noted these results are found in research she has done.

She said there isn't one specific trigger for people who cyberbully. There are many factors that play into it, like genetics or the environment they grew up in.

Buckels said these people tend to focus their hate towards higher-up people in society. She said this is known as 'tall poppy syndrome.'

"The basic idea is people target people who stand out more frequently and they want to take them down," she said.

"So in a certain way, these professional athletes are kind of like tall poppies and we have this psychological motivation to want to take those tall poppies down. Not everyone does of course."

Stopping people who cyberbully may be more difficult than simply standing up to them, Buckels said, adding the bullies might actually get a bigger thrill if they realize how much harm they are causing.

"They may not totally understand the impact of their behaviours on others, they might not see the harm they are causing others in the same ways other people do."

She said the best approach to handling people who cyberbully is to ignore them, adding if they don't get reactions to their comments they can lose interest.

When it comes to the athletes and dealing with hurtful comments, Sutter said it is important they have someone to talk to.

"Whether it's through a professional source or a parent or coach or whatever, that becomes super important that they learn how to communicate and consistently do so," said Sutter.