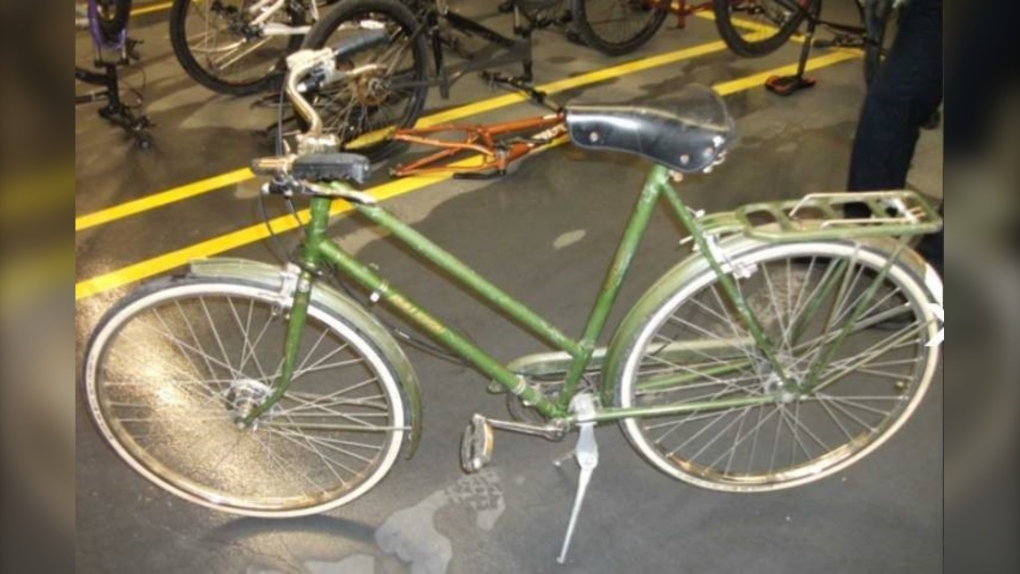 Winnipeg police say this bicycle, which was stolen in 2005, was recovered from a storage locker during a recent investigation into bike thefts. (Image source: Winnipeg Police Service)

A 51-year-old man is facing multiple charges after Winnipeg police recovered multiple stolen bicycles, including one stolen 16 years ago, during a year-long investigation.

Police said between April 2020 and early November 2021, they received multiple reports of stolen bicycles along the southern section of Pembina Highway.

Following an investigation, police executed a search warrant at a storage facility in the 500 block of Hervo Street. The storage locker contained numerous bicycles, with many having high-end retail value. Police said among the bikes that were confirmed stolen, five were returned to their original owners.

Police said one of the bikes was owned by a 13-year-old boy who had saved to be able to pay for half of it. It was stolen while it was locked up on school property. Police said the bike was on the city's bike registry and was brought back to the boy in good working order.

Another bike that was recovered from the locker was a vintage bicycle that was stolen in 2005 during a garage break-in. The woman who owned the bike kept the serial number and registered it on the city’s bike registry. The bike was returned to the owner.

Police arrested a 51-year-old man in the 1000 block of Manahan Avenue on Nov. 23. He is facing property theft and identity fraud-related charges, and has been released on an appearance notice. None of the charges have been proven in court.

Winnipeg police encourage residents to sign up for the city’s bike registry, which can help with bikes being returned to their owners when recovered.

Unclaimed bicycles will become part of the bicycle auction in April.

Police said anyone who believes their bike was recovered during this investigation can call 204-986-2878.