Blondie's Burgers to close after 31 years

The home of Winnipeg’s nine-pound burger is closing its doors after 31 years in business on Main Street.

Sandy Doyle, the owner of Blondie's Burgers, has decided to trade in her grill for a quieter life with her last day being January 15.

“It’s sad because I have had so many really wonderful people that have supported me from everywhere. All over Manitoba, the U.K., even Australia that come to visit,” said Doyle.

She said many of her customers who came as kids have continued coming, and have brought the next generation through her doors for one of her famous strawberry shakes and big burgers. 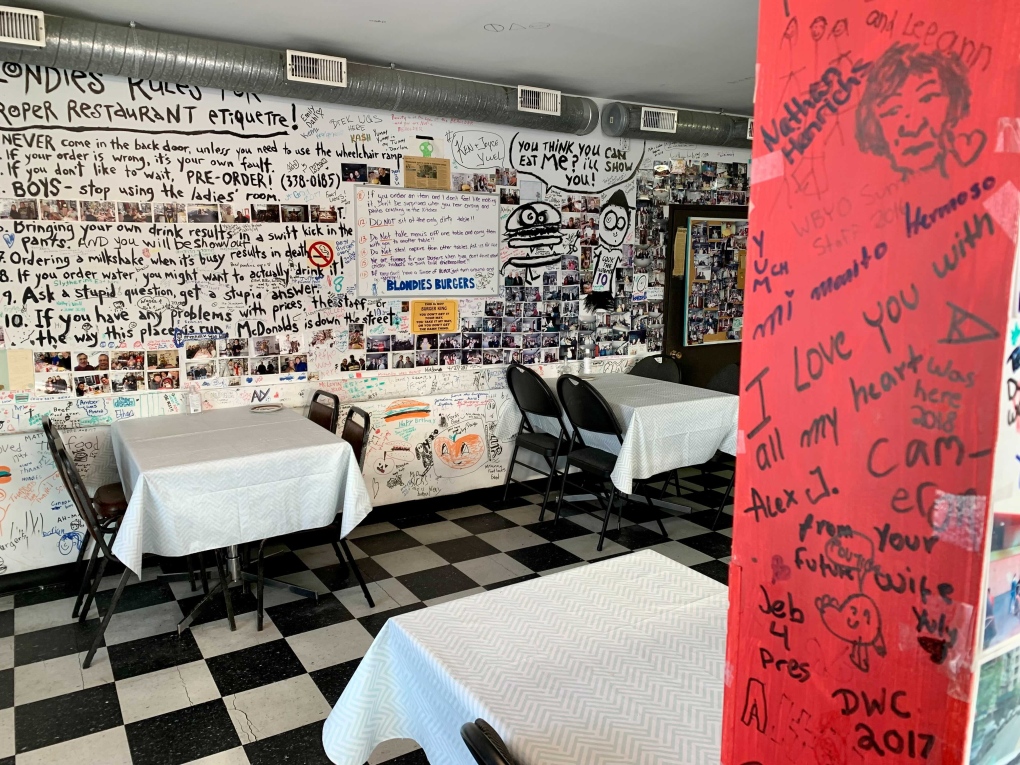 The memories are never far away in Blondie's with the restaurant’s walls plastered with images of past customers, events and parties. Before the doors close for a final time, Doyle is allowing those who helped decorate the walls to come and take their pictures back.

All the decorations are for sale including the imitation burgers that decorate the interior. They are currently at the center of a Facebook bidding war.

The reasons for closing are varied, but two years of operating during a pandemic helped put things into perspective for Doyle.

“How I run this place is the customers are friends. I like to sit and talk and I can’t do that anymore,” said Doyle. “It just wasn’t fun anymore.”

Then there is the physical toll of standing behind a grill all day because Doyle was the only cook. 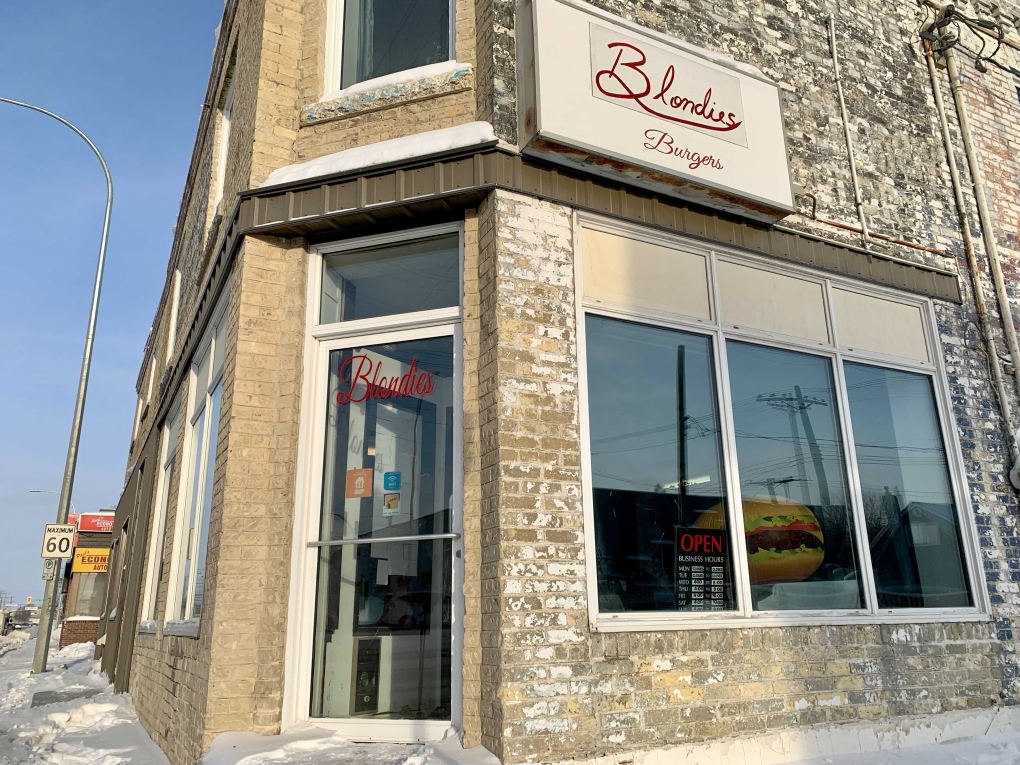 Since news of the closing was announced, people have been pouring through the doors to get one last meal.

“I’m making so many shakes and big burgers,” said Doyle.

With years of parties and gatherings the memories for Doyle are many, but the burger institution has been used for more than filling bellies.

The restaurant was used in several television productions over the years but one that stands out for Doyle was an Icelandic production that took over the premises for hours but none of the crew spoke English.

Another memory was a bachelor party.

“The guy was all dressed in pink with one of those things wrapped all around his neck. But they had been at a paintball thing so he was covered in horrible bruises. They had so much fun,” Doyle said.

Looking to the future, Doyle looks to spend more time with family and mentioned possibly volunteering at a pet shelter.

“I really just don’t know. Just to not have to worry about coming to work,” Doyle said.

As for getting your last Blondie's fix, Doyle said show up in person and be patient because there are a lot of other people doing the same thing.

Cheese not on the table in Canada-U.K. trade talks as Britain seeks market access

Britain wants greater access to Canadian markets for more than 700 varieties of cheese including Stilton, Cheshire, and Wensleydale, a crumbly variety originating from Yorkshire. But Ottawa has made it clear it does not want to see more British cheddar, let alone artisan varieties such as stinking bishop, renegade monk and Hereford hop, on Canadian fridge shelves.