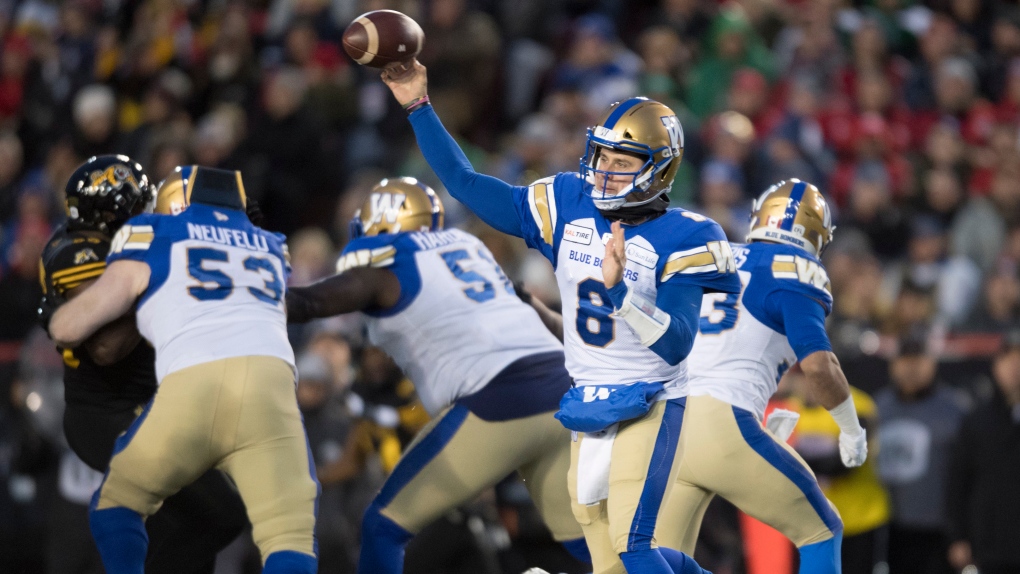 Manitoba's public health has given the Winnipeg Blue Bombers the green light to play with games open at 100 per cent capacity to fully vaccinated fans.

The news comes as Roussin introduced new public health orders, which are set to take effect on July 17 at 12:01 a.m.

Under the new orders, he said large-scale outdoor professional sports or performing arts events will be allowed to open up to 100 per cent capacity for fully vaccinated people after developing an event plan approved by public health.

When it comes to the Bombers' home opener on August 5, Roussin said if people are unable to physically distance outdoors, he recommends they should keep a mask on.

"In this outdoor setting, it's not going to be mandated but I would say if you're unable to distance then it is something that you should consider," he said.

The Winnipeg Blue Bombers are set to take on the Hamilton Tiger Cats at IG Field on August 5.

The federal government is planning to unveil its plans for a vaccine passport designed for international travel on Thursday, CTV News has confirmed. Prime Minister Justin Trudeau and Finance Minister Chrystia Freeland are scheduled to speak to reporters at 10 a.m. ET.

India celebrated giving its billionth COVID-19 vaccine dose on Thursday, a hopeful milestone for the South Asian country where the delta variant fueled a crushing surge earlier this year and missteps initially held back its inoculation campaign.