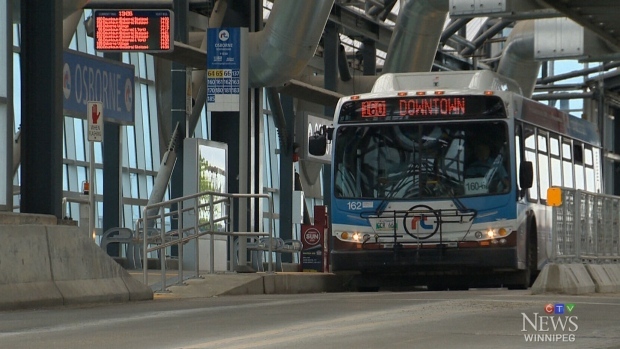 WINNIPEG -- A transit advocacy group warns the new transit “BLUE Line” may not be all it’s cracked up to be, after the city announced its plans for the South West Corridor transit system.

On Tuesday, Winnipeg Transit announced proposed plans to speed up bus commutes by introducing a “Spine and Feeder” system for the South West Rapid Transit corridor. It will use a new BLUE Line to run north and south from downtown to St. Norbert, and have smaller bus lines feeding into the BLUE Line.

While Functional Transit Winnipeg called the announcement an “exciting development for bus riders,” the advocacy group warned there is potential for bad experiences to outweigh the good ones.

“FTW has long advocated higher frequency service in Winnipeg and this is an example of the beginning of the process. However, low frequency on feeder routes connecting to the corridor has the potential to create long waits if missed connections occur,” Derek Koop, president of Functional Transit Winnipeg, said in a news release.

The group’s concern is the “transit-friendliness” of certain developments. It said areas like the Southwest Corridor have a low population density around stations and poor walkability, making it harder for people to catch the feeder lines.

For the Spine and Feeder system to work, Koop said the city has to commit to frequent feeder service during evenings and weekends. To do that, he said the city needs to start thinking about transit as more than just transportation for commuters.

“Frequent service is about making transit oriented lifestyles possible. It’s not just about commuting to work, it’s about getting to grocery stores, daycares, hair dressers and all the places Winnipeggers travel to regularly,” said Koop.