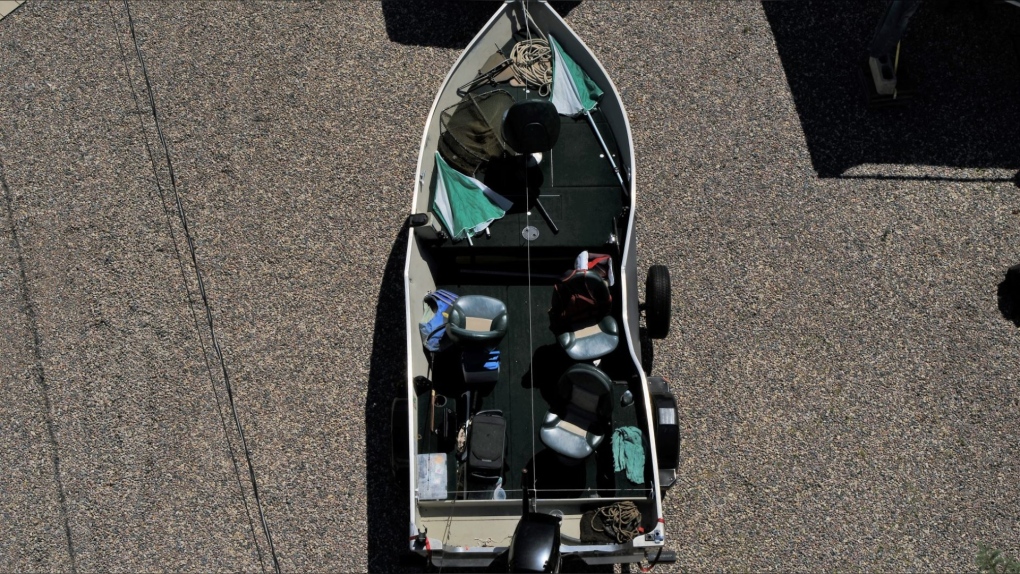 Supplied image of the boat that was hit.

WINNIPEG -- An 85-year-old woman was taken to hospital on Wednesday following a boat crash on Nutimik Lake in Whiteshell Provincial Park.

RCMP with the Lac du Bonnet, Man., detachment received a report of the incident around 11:10 a.m. Officers spoke with a 64-year-old man from Winnipeg who said he was anchored and fishing on the lake, along with his 85-year-old mother, when he saw another boat speeding towards them.

The second boat was driven by a 39-year-old man from Elie, Man., and had two passengers: a 73-year-old man and a 68-year-old woman, both from Winnipeg. Police said the second boat struck the other boat at a 90-degree angle, launched over it, and came to a stop nearby.

Both of the boats made it to shore. The 85-year-old woman was taken to hospital with non-life threatening injuries, and no one else was injured.

“Operators and occupants of a vessel are reminded that everyone must keep a constant watch to avoid a collision,” said Staff Sgt. Robert Chabot, the RCMP’s inland water transport coordinator, in a news release.

“Vessel operators who do not keep a proper watch may face criminal charges and/or fines.”

Alcohol was not a factor in the crash

Mounties along with an RCMP marine specialist are investigating.​