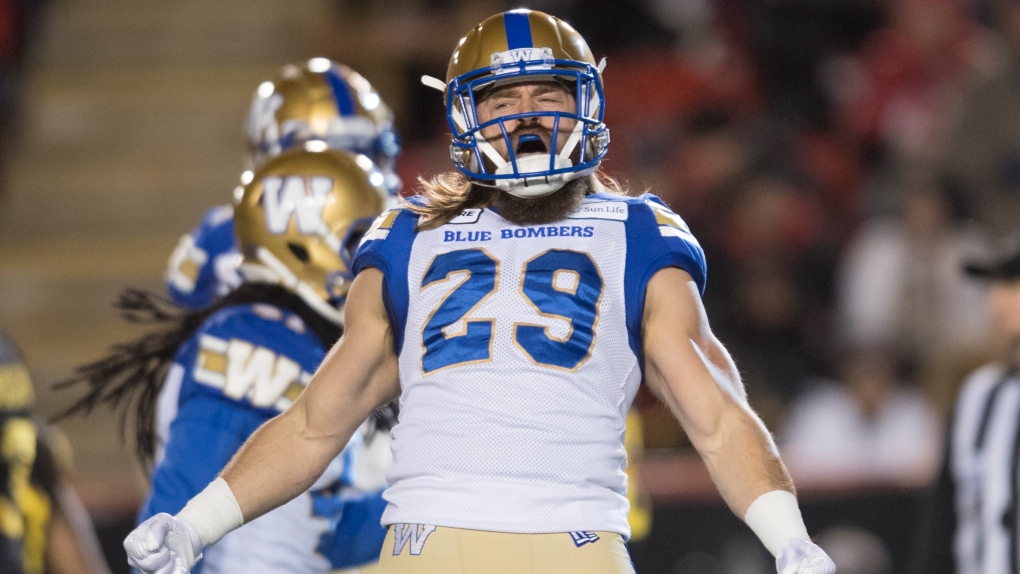 Winnipeg Blue Bombers' Jeff Hecht reacts to a tackle during first half football action in the 107th Grey Cup against the Hamilton Tiger-Cats in Calgary, Alta., Sunday, November 24, 2019. THE CANADIAN PRESS/Nathan Denette

WINNIPEG -- With no Grey Cup final being played this weekend, CFL fans got some encouraging news as the league released its full schedule Friday, as it plans to return for a full season in 2021.

The Winnipeg Blue Bombers will finally begin their Grey Cup defence on June 10th against the team they beat in the 2019 final to claim it, the Hamilton Tiger-Cats, more than 560 days after beating them 33-12 for the 107th Grey Cup in Calgary last November.

Other key games include the traditional Labour Day Classic matchup with the Saskatchewan Roughriders in Regina on September 5th, with Banjo Bowl rematch a week later against the Riders at IG Field.

Winnipeg and Saskatchewan will also play a pair of pre-season games, a home-and-home with Saskatchewan starting on May 28th in Winnipeg.

The Bombers will have a bye on weeks 6 and 10 of the schedule.