Bowman and Trudeau talk violent crime over the phone 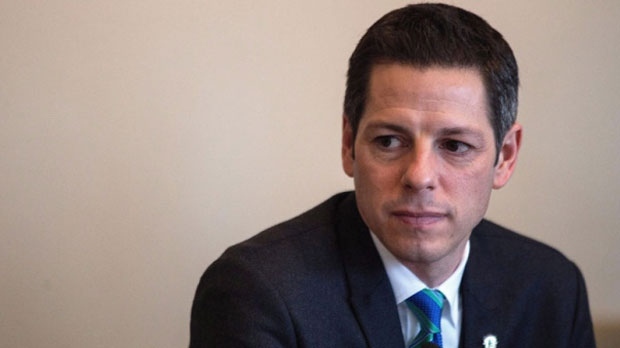 WINNIPEG - Mayor Brian Bowman and Prime Minister Justin Trudeau had a chat on the phone Thursday evening about the level of violence facing the city.

In a tweet Thursday night, Bowman said he appreciated the call from Trudeau, and said the two have planned to meet in-person in the future.

Trudeau was quick to reply to Bowman’s tweet, saying he was thankful for the call. He said keeping Canadian communities safe is his top priority.

Thanks for the call today, @Mayor_Bowman. Keeping our communities safe is our top priority, and we’ll keep working together to reduce violence in Winnipeg & across Canada. https://t.co/5x5PiBxgdK

The phone call comes days after Bowman’s urgent call for a meeting with Premier Brian Pallister and the Prime minister, after a week of violence left another person dead and brought the city’s homicide count up to 40.

“We’ve reached a point where a face-to-face meeting between the prime minister, the premier and I is absolutely warranted,” Bowman said on Tuesday. “So that we can ensure that we are as aligned as possible to coordinate and focus our resources in ways that’ll make a meaningful difference in the short and long term in our community.”

While Pallister has not committed to a sit down with Bowman and Trudeau, he does have plans to meet with the Prime Minister in Ottawa on Friday.

When asked on Wednesday if he would push for Bowman’s request, Pallister said he didn’t do his scheduling through the media.

He said he plans on raising topics of health care funding, the Lake Manitoba outlet project, and national unit, as well as safety.