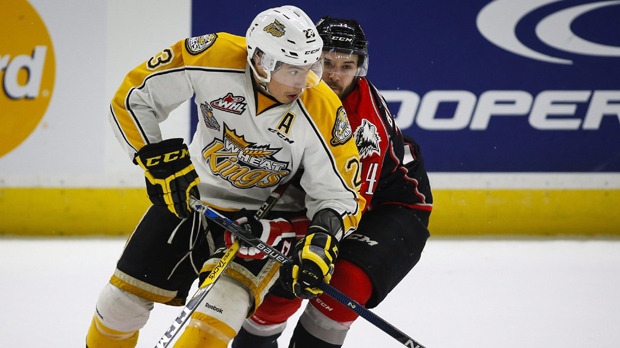 The Brandon Wheat Kings have announced that iHeartRadio Canada’s BOUNCE 96.1 will be the broadcast partner of the prairie WHL team.

The agreement continues a long-standing partnership between the hockey team and Bell Media, which owns the radio station.

Brandon’s CKX was the official radio and TV partner of the Wheat Kings for all but two seasons between 1947-91.

“There is a great history between these two organizations. CKX told the story of the Wheat Kings for more than 45 years on both radio and TV and now we will work together again to bring our broadcast content to the next level on BOUNCE 96.1,” said Wheat Kings owner and Governor Jared Jacobson in a statement.

Branden Crowe will be back for his sixth season as the voice of the Wheat Kings, while long-time analyst Peter Gerlinger will be joined by a series of new analysts and reporters that will help tell the stories that matter most to the fans.

All games will be aired live on BOUNCE 96.1, BounceRadio.ca, iHeartRadio.ca, and the iHeartRadio Canada app. You can also watch them on the WHL Live-streaming service.

An official team podcast will also be available on YouTube, Spotify, Apple Podcasts, and Google Play with plans for a “Home Game Day” digital show with exclusive content.