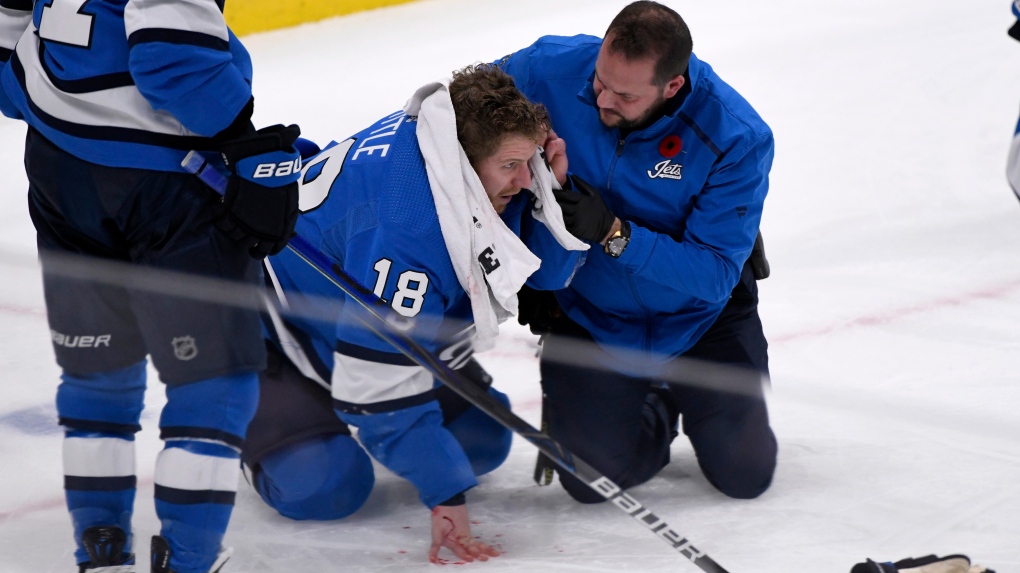 WINNIPEG -- The Winnipeg Jets say Bryan Little was taken to hospital Tuesday night to be observed in a neurological unit after getting hit in the head with a puck during a game against New Jersey.

Blood was visible as Little was helped off the ice at Bell MTS Place after being hit near his ear during the game, which ended in a 2-1 shootout loss.

On Wednesday the team said Little needed between 25 and 30 stitches at St. Boniface Hospital to “close a laceration,” before being transferred to Health Sciences Centre for observation.

The Jets said the centre was alert throughout the ordeal and was in good spirits Wednesday and it would provide updates.

The slapshot from Nikolaj Ehlers that hit Little came midway through the third period, knocking Little to the ice.

Little, 31, only returned to the lineup in mid-October, after missing the team’s first nine games of the season due to a concussion.

-With a file from The Canadian Press